CITIZENS COMPASS– A Magistrate’s Court sitting in Lagos, has remanded four suspected land grabbers over forceful taking over of a property in Ibeju-Lekki area of the state.

They accused, Akinwumi Samsudeen, 35; Isiaka Usman, 55; Emmanuel Disem, 41 and Adesola Alade,37, and others still at large were arrested by the Zone 2 Command of the Nigeria Police, Onikan before being charged to court.

They were said to have allegedly invaded a landed property belonging to the Idogun Chieftaincy Family located at Abijo GRA area of Ibeju-Lekki and shooting sporadically at the site.

They were said to have armed themselves with offensive weapons like guns, cutlasses and iron rods fitted with nails, stormed the property and shot sporadically in a desperate bid to unlawfully take over the property which led construction workers at the site to flee for their lives.

The police claimed that while the pandemonium was ongoing at the property, the complainant sent a distress call to the Assistant Inspector General of Police, AIG in charge of Zone 2 Command, Lagos who swiftly deployed his crack team to the scene to arrest the suspects and restore order.

The team, according to the Police, succeeded in arresting the four defendants while others managed to escaped.

The defendants, all residents of Ibeju-Lekki, Lagos were charged before the Tinubu Magistrate’s Court, Lagos Island on a three-count charge bordering on conspiracy, unlawful possession of firearms, shooting guns sporadically to put fear, forcible entry and conduct likely to cause breach of peace.

Police prosecuting counsel, ASP Jimoh Joseph told the court in the charge marked N/20/2022 that the defendants committed the offence on 17 October, 2022 at the Idogun Chieftaincy Family land located at Abijo GRA area of Ibeju-Lekki, Lagos

Joseph informed the court that the defendants stormed the property belonging to the complainant armed with guns, cutlasses and iron rods fitted with nails and started shooting guns sporadically in their bid to unlawfully take over the property from the rightful owner for no justifiable reasons.

He said the offences, the defendants committed were contrary to and punishable under sessions 51, 52 and 56 of the Criminal Law of Lagos State, 2015.

The defendants, however, pleaded not guilty to the charges, and Magistrate A.O. Abioye granted them N500,000 bail each with two sureties each in like sum.

Abioye directed that the case file of the matter be duplicated and sent to Department of Public Prosecution, DPP of the Lagos State

Ministry of Justice for advice. 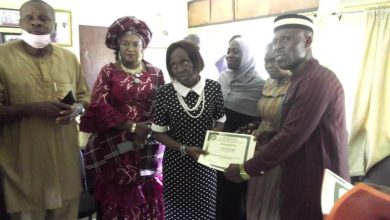 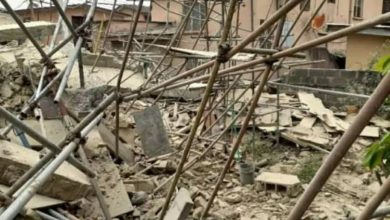