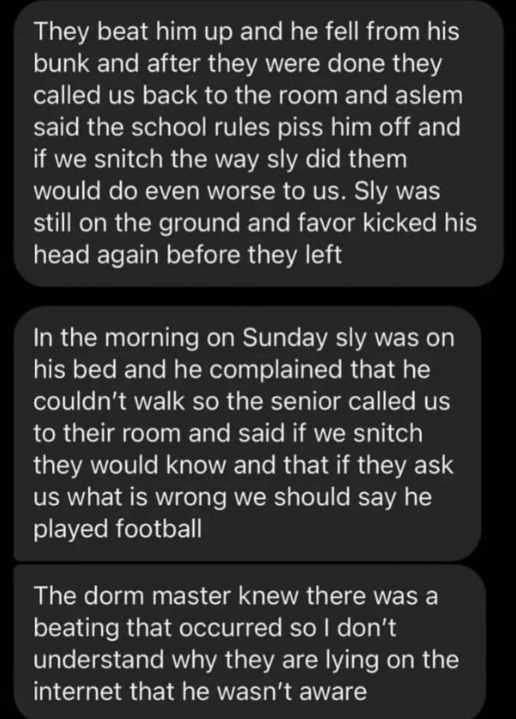 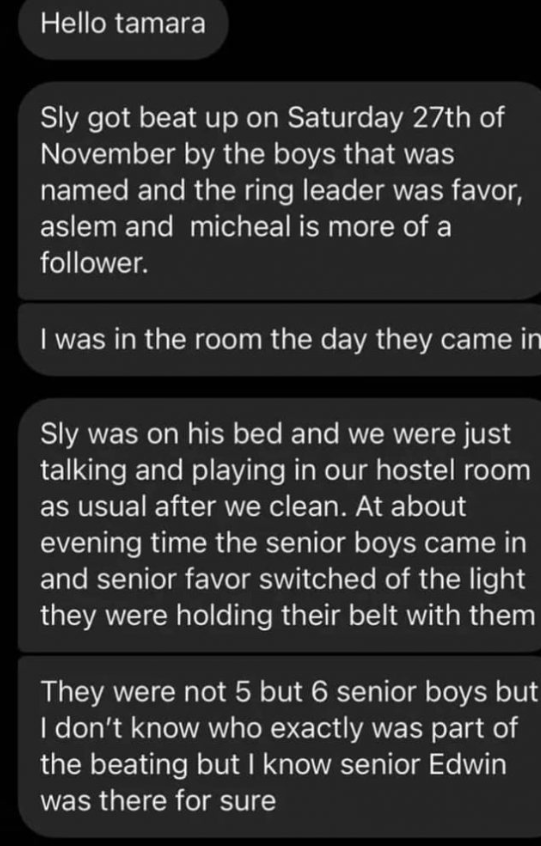 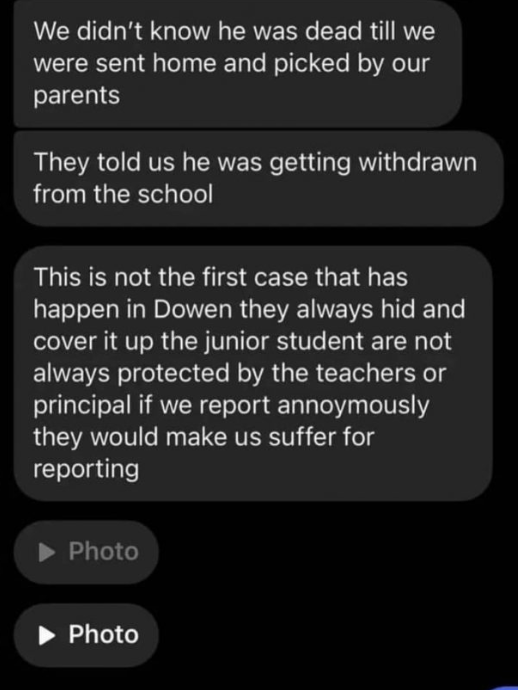 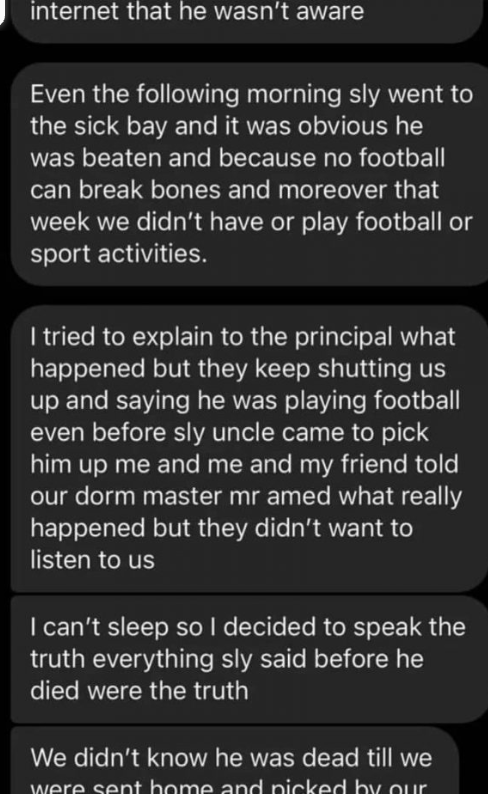 A DORMITORY  mate of the late 12-year-old student of Dowen College, Lekki, Lagos State, Sylvester Oromoni, has confirmed that he was tortured to death by his seniors.

In a series of WhatsApp messages to one Tamara, the dormitory mate said six and not five seniors attacked Oromoni.

The border, whose identity was hidden, said that both the Principal of the school and their Dorm Master, one Mr. Ahmed, were aware of the attack on the late student who turned 12 on December 4, 2021.

He said that Oromoni’s case was not the first of such in the school, adding that the previous ones had been covered.

Sly got beat up on Saturday 27th of November by the boys that was named and the ring leader was Favor, Aslem and Micheal is more of a follower.

I was in the room the day they came in.

Sly was on his bed and we were just talking and playing in our hostel room as usual after we clean. At about evening time the senior boys came in and senior Favor switched of the light they were holding their belt with them.

They were not 5 but 6 senior boys but I don’t know who exactly was part of the beating but I know senior Edwin was there for sure.

They beat him up and he fell from his bunk and after they were done they called us back to the room and aslem said the school rules piss him off and if we snitch the way sly did them would do even worse to us. Sly was still on the ground and favor kicked his head again before they left.

In the morning on Sunday sly was on his bed and he complained that he couldn’t walk so the senior called us to their room and said if we snitch they would know and that if they ask us what is wrong we should say he played football.

The dorm master knew there was a beating that occurred so I don’t understand why they are lying on the internet that he wasn’t aware of.

Even the following morning sly went to the sick bay and it was obvious he was beaten and because no football can break bones and moreover that week we didn’t have or play football or sport activities.

I can’t sleep so I decided to speak the truth. Everything sly said before he died was the truth.

They told us he was getting withdraw from the school

This is not the first case that has happened in Dowen. They always hide and cover it up. The junior students are not always protected by the teachers or principal if we report anonymously they would make us suffer for reporting. 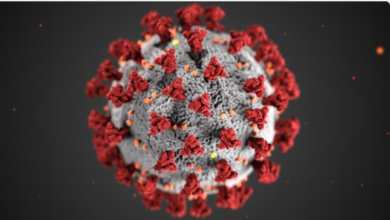