A CHIEFTAIN of Peoples Democratic Party (PDP), Chief Sunny Onuesoke has thrown his weight behind the move by members of National Assembly to appeal the judgment of a Federal High Court, Umuahia, Abia State, which directed the removal of Section 84(12) from the Electoral Act.

The former Delta State Gubernatorial aspirant who was addressing journalists in Asaba, the capital of Delta State, commended members of the National Assembly for taking the lead in complying with Section 84(12), adding that those saying the duty of the court is to interprete the law should remember that interpreting the law does not confer the right to amend the law on the judge.

“A court can interpret a law but cannot make laws. If the portion of the law is contradictory, it has to be referred to the makers and not any other entity. If the law is in confliction, the court was supposed to say so and not ask the Attorney General of Justice (AGF), to delete it.

“Neither AGF or the judge can delete or change any law.

Such law must pass through the law making process which is the Legislature.

“The unanimous crafting of the Electoral Act, the contentious section representing the aspirations of majority of the citizens and the constituents they represent in the country should be examined.

“Therefore, it could be considered as mischievous for the judiciary to order that the section of the law which was in contrast to the provision of the constitution be expunged by the AGF.”

Onuesoke who described the judgment as an “aberration” and urged lawmakers to stand against it, argued that delivery of the judgment was unacceptable.

He alleged that the hurried manner the case was heard and judgment delivered within 10 days thus making history as the quickest suit to be heard and determined in Nigeria’s judicial history makes it more suspicious.

Recall that on March 18, the FHC, Umahia ruled that the section was at variance with the constitution which provides that public officers contesting public office should only resign 30 days to an election.

The court ordered the Attorney-General of the Federation to delete Section 84(12) of the Electoral Act which bars all political appointees including ministers, commissioners and aides from contesting or voting in any party primary.

However, the National Assembly has begun moves to thwart the actions of those bent on removing Section 84(12) from the Electoral Act 2022 by appealing the Umuahia Court judgment. 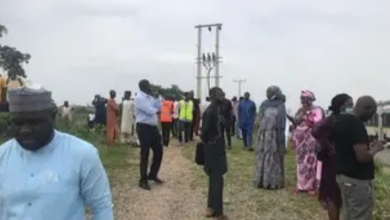