CITIZENS COMPASS- TRADERS at the Tailor market, Yaba, Lagos State, have lost millions of Naira worth of goods to the fire outbreak which occurred in the market on Tuesday.

The market, behind Tejuosho Market, Yaba, was gutted by fire on Tuesday afternoon.

The fire affected some shops by the kitchen market where industrial machines and tailoring materials were sold.

It was said to have emanated from a generating set and escalated to the main shops but no life was lost.

He said the inferno occurred at about 3.50pm.

“Upon arrival at the above mentioned address, a company/shops dealing on industrial machine and tailoring materials was engulfed by fire.

“Investigation conducted at the incident scene revealed that the fire started at about 3:50pm  emanated from one of the generating sets before escalating to main shops.

“No casualty was recorded and a lot of properties were destroyed as a result of the fire.”

At press time, he said fire fighters were battling the fire to prevent it from escalating.  “LASG Fire are presently on ground fighting rigorously to subdue and contain the spread of the fire to adjourning buildings.

“However, awaiting the arrival of the Agency’s fire service.

The Yaba incident occured few hours after a commercial bank at Adeola Odeku Street, Victoria Island was gutted by fire.

One person reportedly died while seven others were injured in the process. 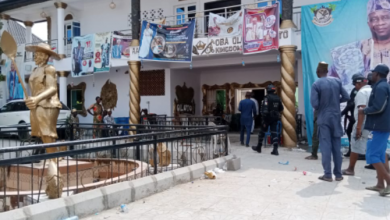 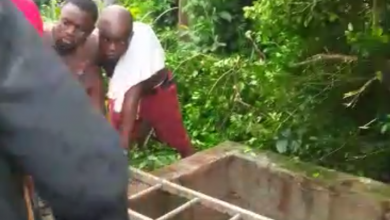