LAGOS STATE Environmental and Special Offences Unit (Taskforce) says it has arrested a traffic robbery suspect in Brewery/Ijora area of Lagos just as it served owners of structures and kiosks in Owode Road set – back a three-day removal notice.

The robbery suspect, Ibrahim Ganiyu, 28, popularlly known as Temitomi, was arrested around 5: 00 a.m. in Brewery/Ijora area of Lagos State.

Ibrahim, who along with an accomplice, named Akpan was trying to dispossess a lady of her hand bag and mobile phone when the operatives of Lagos State Taskforce heading to Apapa sighted them.

The shout for help by the lady drew the attention of the police team. Their arrival at the scene foiled the robbery thus making the two robbers to flee the scene on motor bike.

After a chase, the operatives arrested Ibrahim while Akpan abandoned a TVS motorcycle with the number plate 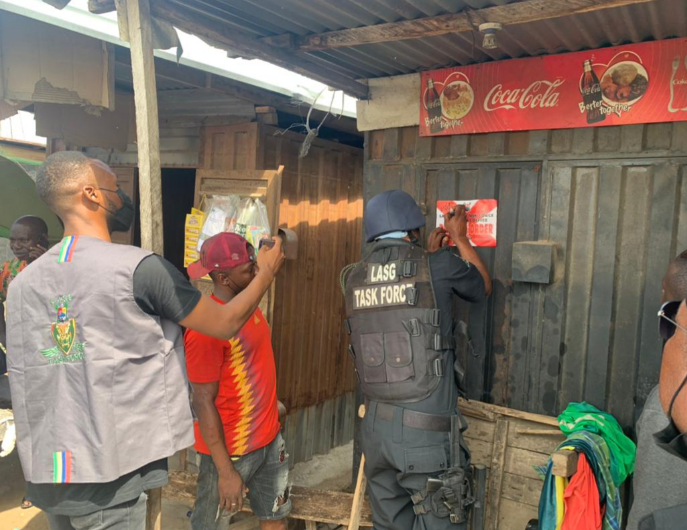 Ibrahim in his confession disclosed that they were trying to collect the lady’s phone and bag before she shouted for help. He noted that they rob early in the morning and at night.

He stated that they rob in traffic and in bus stops around Costain, Mushin, Ijora and Eko Bridge, adding that, apart from his gang, some other teams come from Safejo and Alaba to rob in the area.

The Chairman, Lagos State Taskforce, CSP Shola Jejeloye has said that the suspect would be transfered to the State Command for further investigation.

Recovered from the suspect were a motor bike and a long dagger.

Meanwhile Lagos State Taskforce has served owners of structures and kiosks on road set back in Idera Bus Stop, Owode to remove them in three days.

The removal order is coming after several days of inspection of the area and education of the owners by the agency and officials of Federal Ministry of Works.

The owners of the structures and kiosks were last served in February, 2021. 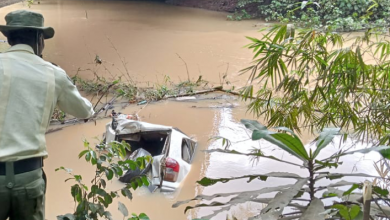 Cultists who killed, used victim’s head to play soccer will be arrested- Police