The Communications Secretary to Ilana Omo Oodua Worldwide, Maxwell Adeleye, has withdrawn from the movent for the agitation of Yoruba Nation.

Maxwell also resigned from his position as the Communication Secretary of the group.

This was disclosed in a statement issued by Adeleye on the night of Friday, December 6, 2022.

“In view of recent developments in the Yoruba Self-Determination Struggle, I wish to inform all the Yoruba People Worldwide that I have stepped aside and withdrawn from the agitation for an Independent Yoruba Nation under its current leadership with effective from 6th January, 2023.

“May I inform members of the public that I stepped aside as the Communications Manager of Professor Banji Akintoye since 5th August, 2022 and finally cut-off communication with the Historian since 31st October, 2022. I have also resigned my membership of Ilana Omo Oodua Worldwide effective Monday 2nd January, 2023.

“Those of you that sent your hard-earned money to your heroes should hold those you sent money to for accountability and leave me alone. I will no longer absolve bullets for your heroes. Anyone or group of persons who knows he sent me money should provide proof of payment into my account so that I can respond to the person appropriately.

“I call on Professor Banji Akintoye to also step aside 101% from the Yoruba Nation Self-Determination Struggle so that his account of stewardship and all the funds he has collected can be interrogated by the Yoruba people.

The properties of Ilana Omo Oodua in my possession – Website, Zoom, Twitter and Facebook – have been handed over to the General Secretary of the organization, Dr. Tunde Amusat.

“The FLUTERWAVE platform has since been disabled and shut down on the instruction of Professor Banji Akintoye about four months ago. However, the statement downloaded by our Developer before it was disabled is available. It has also been submitted to the General Secretary.

“Lastly, anyone who is ready to mention my name on any matter should attach evidence or else, such a person must be ready to meet me in court anywhere in the World.

“I thank everyone who supported me in one way or the other throughout my time. I will not be saying anything further, unless situation demands so as to safeguard the image of the Yoruba people from further opprobrium.”

Recall that Akintoye stepped down from his position in December 2022 and handed the baton of leadership to his former Deputy, Prof. Wale Adeniran. 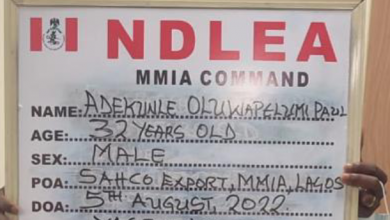