AN investigative report by British Broadcasting Corporation (BBC), has revealed that over 1000 students have been abducted from Northern Nigeria since December 2020.

According to the report, there have been nine mass abductions across seven states in the North-Western region of the country within a space of seven months while a total of nine students have been killed in the attacks.

The wave of mass abductions began with the kidnap of over 300 schoolboys from a government boarding secondary school in Kankara community, Katsina State, on December 11, 2020.

The boys were released six days later after an undisclosed sum was paid to the bandits.
However, the school is yet to reopen.
The students were relocated to a school closer to the state capital.
Many students also failed to return back to school and the ones that did have continued to live in fear of another attack.

The BBC’s report involved correspondents reaching out to the affected parties to hear their stories.
One Usama, a sickle cell student from Kankara, who escaped from the armed bandits in the forest, told of how he has lived in constant fear of the bandits returning to perpetrate more attacks on schools in the state.

“Sometimes here in school, we hear a loud sound and all of us will rush out of the classroom. We are prepared for an attack at all times. Even those who were not kidnapped. I am not confident about my safety. Things are getting worse with insecurity,” Usama said in native parlance.
The parents of another victim of the Kankara abductions, Umar Bello, who has a debilitating health condition, also complained that they had not been able to sleep after the news broke.

Umar, an asthma patient, said that he was crying throughout the ordeal and that he walked for about three days straight.

Meanwhile, Governor Nasir el-Rufai of Kaduna has taken a firm stance against the bandits, saying that no ransoms would be paid.

This seemed to anger the bandits and led to an increased frequency of abductions in the region.

Most notably, students were kidnapped from a private tertiary institution in the state, Greenfield University, on April 20.

The Greenfield abductions would later morph into a tragedy for some parents as three of the dozens of students abducted were found dead in days following the attack.

Dorothy Yohanna, 23, was one of the students abducted by bandits on April 20.

Lydia, the mother of Dorothy, recounted how the bandits had allowed her to interface with her daughter via phone.
She said that her daughter had told her, “Mummy, they came to our school yesterday to kidnap us. We are in the bush.”
She told about how the bandits told her that they would need to pay a ransom of N800m to secure the release of the students.
“I screamed. I even told him, ‘how do you expect us to get such money?”
That was the last time Lydia spoke to both her daughter and the bandits. Dorothy’s lifeless body was found a few days later.

Her father, Meck, said he was in disbelief when he was called by the university to come over to a local hospital and identify his daughter’s remains just two days after the phone call.

When asked if they were satisfied with the response of the government following the tragedy, the parents strongly reprimanded the government’s poor efforts.

“This thing (the abduction) happened on Tuesday, they called me on Wednesday. And on Friday, they killed my daughter. There is no justice in that. I don’t believe there is justice in that case,” the grieving mother said.

The remaining Greenfield students were released after their parents pooled a sum of N150m to pay the bandits. The government did not contribute to that sum.

El-Rufai reiterated his stance against the payment of ransom, saying that he was aware that his decision had led to a more brutal campaign by the bandits on the state’s residents.
“They have decided that they want to bring the Kaduna State Government to its knees by concentrating their attacks in this state,” el-Rufai said.

When asked if he thought his position on ransom payment was endangering residents of the state, el-Rufai said that was not the case.
“Not necessarily. I think in the long run, or even in the medium term, it actually makes the state safer. We still have kidnappings. We have individuals being kidnapped. We even have attempted kidnaps of students. They have been successful in two cases, but not on the kind of scale you see in other states.

“The only way to end kidnapping is for society to take a stand that we will not pay.
“This is war. The only way to end banditry is to launch a full-scale war against the bandits. The bandits and the terrorists (Boko Haram and ISWAP) are linked. They are one and the same.”

Another parent, Friday Sanni, told how his daughters were abducted from the Federal College of Forestry Mechanization on March 11.

When asked if they had ever spoken to the bandits since his girls were captured, he said they had solicited a sum of N500m as ransom.
“The first contact we had was with the bandits, they were demanding for N500m. When we got a video of our children being flogged in the bush that was sent to social media by the bandits, we decided to go on protest.

The students were eventually released last month after spending two months in the kidnappers’ den.

Speaking on the government’s strategy to crackdown on the scourge of kidnappings in the country, Sanni expressed scepticism that there was any measure being put in place to curtail the attacks.

“Their strategy is not working, if there is any strategy at all. People are just dying and it seems like nobody cares,” he said. 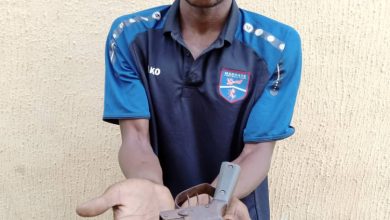 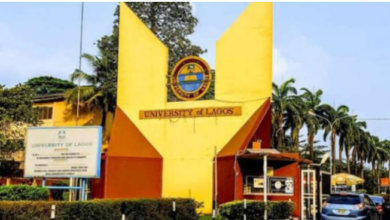