LAGOS State Police Command says it has invited for questioning, three staff members of Mabilla hotel, Ikorodu, where some officials of the Joint Admissions and Matriculation Board (JAMB) were attacked by unknown gunmen.

The attack as gathered, occured on Wednesday, the 11th May, 22, in Isawo area where the hotel was located.

SP Benjamin Hundeyin, Spokesperson for the Command, confirmed the invitation in a police/media platform monitored by the News Agency of Nigeria (NAN).

Hundeyin said that the CCTV footage of the hotel has been obtained and is being reviewed for investigation.

“Consequent on this, three staff members of the hotel have been brought in for questioning. Investigation is ongoing,” the Police image maker said.

NAN reports that on Wednesday, at about 2.40 a.m., some unknown gunmen gained entrance into the Mabilla Hotel, Owutu area of Ikorodu, and robbed the guests, including three officials of JAMB.

A gateman with the hotel, simply identified as Peter, 40, was killed by the unknown gunmen while trying to prevent them from escaping when the police were coming.

The police spokesman said that the JAMB officials were relocated to a safe place after the attack. 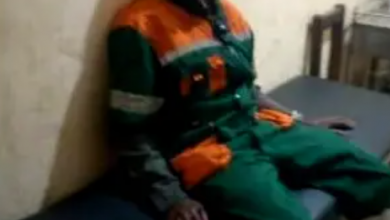