PRESIDENT Muhammadu Buhari on Friday received in audience the f 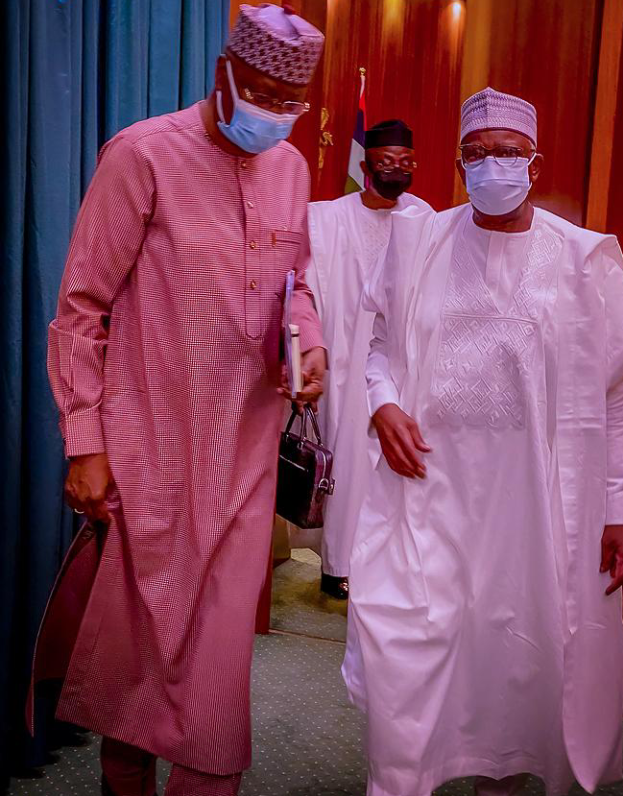 While details of the meeting remain unclear, it may not be unconnected to the Pastor’s recent calls for more unity in the country.

Last Sunday, he had urged President Muhammadu Buhari to do away with the 1999 Constitution, saying it is a great inhibitor of the nation’s progress.

He made the call on Sunday during a state of the nation address which he titled: ‘The black box of Nigeria’s politics’.

He said, “Mr Gorbachev, tear down this wall!” Mr. Gorbachev eventually did, and Germany is better off for it today.

“In the same spirit, I say to President Muhammadu Buhari: Mr President, stop passing the buck to the National Assembly. Tear down this inhibiting concoction of a constitution; tear it down so we can build a truly great nation”.

During the same church service, Pastor Bakare announced the launch of the Nigeria for Nigerians (N4N) movement.

According to him, the movement became imperative because it is time for Nigerians to take the reins and direct their nation’s destiny.

He was a running mate of the Buhari under the Congress for Progressive Change (CPC) in 2011.

OBJ to FG: Stop accumulating debt for next generations