THE Arewa Youth Consultative Forum (AYCF) has taken a swipe at the American Court that ordered the arrest of DCP Abba Kyari, and dismissed what it described as “the attempted intimidation of a Police officer right inside his independent fatherland”.

In a statement signed by the group’s National President, Alhaji Yerima Shettima, AYCF sounded a note warning that “nothing must happen to him( DCP Kyari)”.

The group rejected the purported plan to arrest DCP Kyari, describing the move by the FBI as “totally unacceptable, a slap on the sensibility of our compatriots and a ridicule on one of our finest crack detectives”.

The group said it would keep a tab on the happenings on the matter, stressing that there was no justification for “singling out one of Nigeria’s most effective and efficient police officers for castigation.”

AYCF, therefore, urged “all Nigerians who are truly patriotic to stand behind a man who has made an unrivalled mark on the sands of time by diligently serving his fatherland.”

They called on relevant stakeholders in the country, especially civil society organizations to “rally round this officer who risked his life in multiple operations across Nigeria, a fact proved many times through BBC news coverage of such operations.

“While we are conscious of our sovereignty as a nation, we demand justice for a man with unrivalled records of detective capabilities in the recent history of Nigeria”, the youths said. 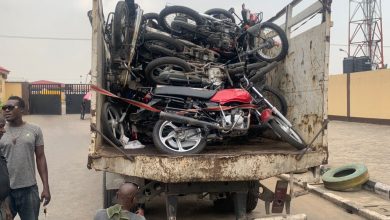