The victims were on their way from Ondo State to Kaduna State for the compulsory National Youth Service scheme when they were abducted by gunmen in Kogi State while in transit.

Following the incident, Amotekun officials conducted a sting operation, resulting in the arrest of two of the suspected kidnappers.

After the vehicle they were travelling in was waylaid, one of the victims, Blessing Sunday, was said to have immediately alerted her family who contacted the Amotekun Corps in the state.

Amotekun Corps partnered with security forces in Kogi State to ensure a smooth rescue operation, with a rescue team put up to free the victims.

Speaking on the incident, the Corps Commander in Ondo State, Akogun Adetunji Adeleye, said “We got a call from a family member of a passenger who is an indigene of Ondo State, from Ondo town, that one of their family members, who was on her way to orientation camp in Kaduna State, had been kidnapped,”

It was late in the night at the time. We were able to obtain the phone number that the kidnappers used to contact the victim’s family, demanding a ransom of N10 million, just hours after the crime, and we were able to track them down instantly.

“We stylishly agreed and asked them to send an account number, where the money would be sent to. We sent One million naira into the account and tracked the owner of the account. We realized it was a First Bank account in Kogi State.

We went after the Kidnappers and with the support of the DPO of the affected area, we succeeded.”

The Amotekun boss disclosed that the two arrested suspects have been handed over to the Kogi State Police Command, while the six victims were safely rescued. 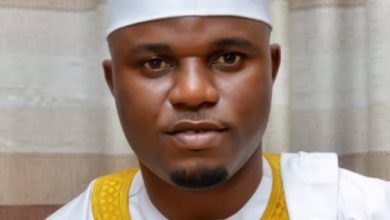 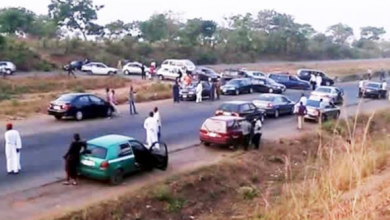