CITIZENS COMPASS– IT was a solemn assembly in Atan Cemetery, Yaba, Lagos as the body of Ayanwola Oluwabamise, the slain 21 years old fashion designer, who was found dead after boarding Bus Rapid Transit (BRT), was committed to mother earth.

In his condolence message to the Ayanwola’s, Pastor Opadeji Olugbemiga of Deeper Life Bible Church, admonished them to put their trust in God in this time of adversity.

The 22nd post humous birthday of the late fashion designer was held on Wednesday, November 30, 2022, in Oko-Oba, Agege area of Lagos.

Her death had generated protests from various quarters with a call to the state government to prosecute her killers.

Sadly, her decomposing body was found by the roadside on Ebute-Ero/Carter Bridge, Lagos Island on Monday, March 7, 2022.

The body has since been lying in the mortuary until it was interred on Friday.

Bamise was to visit her elder brother whose wife was about to put to bed when she met her untimely death.

The busman was said to be conveying the victim to a destination in Oshodi when Oluwabamise observed that he refused to pick other passengers on the road.

She reportedly contacted one of her colleagues at work, Felicia Omolara, to inform her about her suspicion and she was advised to disembark from the bus.

Omolara, however, noted that when her friend no longer responded to her chats on WhatsApp, she called her phone number, adding that when she picked up the call, a man was heard arguing with Oluwabamise.

It was learnt that the series of protests by human rights activists had attracted the attention of the state governor, Babajide Sanwo-Olu who had invited the Ayanwola’s to a crucial meeting. 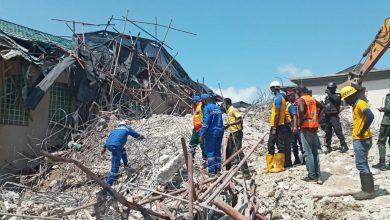 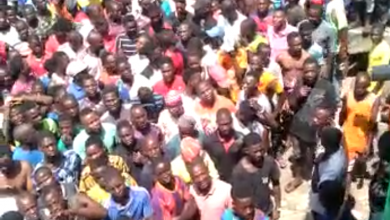