THE NIGERIA Police on Sunday, says 22-year-old Gloria Okolie in its custody was arrested for spying for the Indigenous People of Biafra (IPOB) and its armed wing, the Eastern Security Network (ESN).

A statement by its Deputy Force Public Relations Officer, Aremu Adeniran, said she was nabbed in an operation with the military and other security forces.

The Police is under fire for detaining Okolie for weeks, without a thorough explanation of her arrest or offences.

Adeniran explained that the suspect took part in the attacks on security formations, critical infrastructure including INEC offices, and killing of security operatives in the South-East.

The native of Umutanza in Imo was arrested as part of Operation Restore Peace efforts to break IPOB’s information, drugs and arms supply chain,” the spokesman said.

“Gloria Okolie is a member of IPOB/ESN in Imo State who worked closely with one Benjamin Uzoma Emojiri a.k.a “Onye Army”, one of the ESN commanders earlier declared wanted by the Police.

“Her arrest and the revelations from her confession, assisted the Police in the arrest of “Onye Army”, a major breakthrough in the quest to restore law and order in the South-East region.”

The Police said Okolie used her gender and seemingly innocuous looks as camouflage to carry out espionage against military and police targets on behalf of IPOB/ESN.

The suspect, the Force continued, also received cash, drugs and weapons on behalf of IPOB/ESN and delivered same to their commanders in their camps.

Adeniran said she actively aided and abetted multiple acts of murder, arson and malicious damage to both private and public property by the ESN.

A lot of the deadly and unfortunate attacks on security personnel and assets, with numerous fatalities, have the imprimaturs of Gloria Okolie, the spy girl of ESN militants.”

The Police added that the suspect will be charged to court at the end of investigation.

However, a human right activist and the Director General, Behind Bars Family Harrison Gwamnishu in a statement said,
“21 year old Miss Glory Okolie who enrolled for 2021 JAMB exam has been in police detention since 17th June, 2021 till date.

She left the house and never returned.

Since 17th June, her families had searched for her in hospitals and mortuaries but couldn’t find her.

Ending of June, 2021, a young man who was freed from IRT office Tiger Base Owerri told the Okolie family that he saw Glory in the custody of IRT officers cooking and washing clothes for them.

The family immediately went to IRT office and requested to see Glory and bail her out and till date it’s been one story or the other.

“The IRT officers allegedly continued to extort the family and denied them access to see Glory.

Our team launched investigation and discovered Glory has been transferred to Abuja and tagged IPOB/ESN member.

“Attached are evidences of all the money extorted and paid into an account provided by the IRT officers by the family of Glory. “ 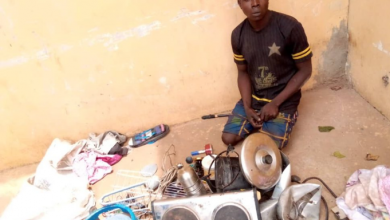 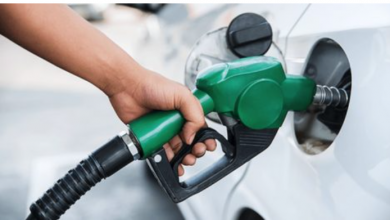