A FIRE outbreak which occured in the late hours of Friday has engulfed some spare parts stores at Ladipo market in Mushin, Lagos State.

Several shops situated at a section of the market called – Aguiyi Ironsi International Trade Center, Paramo, Ladipo Market were razed during the incident.

The fire broke out at about 10.54pm on Friday night.

Multiple sources confirmed that the fire started around 11am but the cause is yet to be ascertained as at the time of filing this report.

President-General, Ladipo Central Executive Auto Dealers Association (LCEADA), Jude Nwankwo in a Facebook live on his page monitored by The Nation, called for support and prayer.

“I’m reporting live at the scene, this is Ladipo President speaking, I don’t know what the cause of this fire is, all the time, we need your intervention. Ladipo is on fire. God should come in and rescue us,” Nwankwo lamented.

No casualty has been recorded so far but this newspaper gathered that several accessories, items worth millions of naira have been gutted by fire.

Shop owners were at the scene to battle the outbreak, and also carried away a few properties. 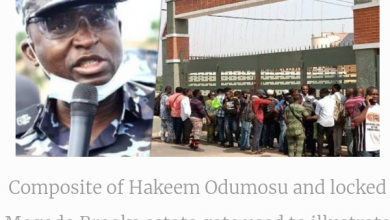