LAGOS State Emergency Management Agency (LASEMA), on Wednesday, released the outcome of the investigation conducted over the cause of the gas explosion which occured late Thursday night, in Maryland area of Lagos.

The Director-General of the agency, Dr. Oluwafemi Oke-Osanyintolu said the reports was complied by the Technical Department of The Nigeria Liquefied Petroleum Gas Association (NLPGA) on Tuesday.

Recall that the full loaded LPG tanker suddenly, exploded around midnight on Thursday, at Maryland, inward Ikeja, along Mobolaji Bank-Anthony Way area of the state claiming five lives and several vehicles, running into millions of Naira razed in the process.

The Director-General who released a ten paged report by (NLPGA) gave an account of the incident.

The report reads in part: ” investigation revealed that a gas dispensing truck (Bobtail) loaded with Liquefied Petroleum Gas (LPG) parked in front of OPIC Plaza at about 10:00pm due to a gas leakage from the truck.

“The reports also said that the driver and motor boy could not stop the leakage and so, abandoned the truck before the explosion occured.

“Earlier, eyewitness accounts of people feeling cold suggests that the quantity of gas released was substantial, causing a drop in temperature in the locality due to the evaporation of the gas.

“While the gas leak continued, activities in OPIC Plaza continued as usual with the restaurant still cooking and servicing their customers.

“The gas travelled over 160 meters from the point where the truck was parked to the back of OPIC Plaza and spread on a path as wide as 60 meters along the direction of the wind.

“The gas cloud encountered either an ignition source or an open flame in the kitchen at the back of the OPIC building and exploded. The explosion displaced a three-bottle manifold of 50kg cylinders, as well as an installed bulk gas tank that served the kitchen.

“Further release of gas was observed from the bulk tank several hours
later but it is not thought to have been material in this accident as the tank was still intact and the pressure relief valve (PRV) appeared to have function correctly.

“The CCTV footage from a neighbouring private facility showed that the gas cloud was widely spread on Mobolaji Bank Anthony Way and that the fire originated from inside OPIC and travelled backwards along the path of the vapour cloud to engulf the LPG tanker.

“About five fatalities have been reported, and over fifteen injured with severe (90% +) burns. Additionally,
twenty five vehicles were burnt while the building walls of the basement at the back of the OPIC Plaza collapsed.

Key lessons from the incident according to the reports are, “Mandatory adoption of best practice on truck and mobile plants, certification of configuration and reconfiguration of trucks and mobile tanks before they are put to
use and at regular intervals (an appropriate time is during Haulage Permit issuance), regulatory authorities to develop a whistleblower system to allow stakeholders proactively identify and stop illegal trucks usage and prosecute illegal operators and their Directors as provided by law.”

Others are that: “industry stakeholders to supervise and monitor drivers to ensure they comply with safety rules, NUPENG specifically must engage in this process to demonstrate value add for the funds they generate from the industry, conduct random inspections of trucks and report erring operators and poorly modified systems to regulators this applies to both fixed and mobile plants) and operators, drivers and banks men are to demonstrate proof of training and their ability to respond to emergency scenarios for equipment that they operate among others.”

Also, the reports gave some recommendations such as: “Establishment of certification process and a stakeholder body for dispensing trucks, permit following a successful audit and all dispensing trucks to have safety interlock systems, which prevent opening of any valve unless the lines are properly connected and the operator / driver commands same. For gas to flow.”

According to the reports, “the hose must be properly connected, the handbrake must be engaged and the pump cabinet cover must be open.

“All LPG trucks must have functional single point Emergency Shutdown Devices (ESDs) or, alternatively, have systems that ‘fail-closed’ in the
event of a fire or emergency while all orifices and nozzles on trucks greater than 1.5inches should have internal excess flow valves (EFVs) / emergency shutoff valves (ESVs) to stop.”

As for property owners, the reports said, “Owners of premises should ensure occupiers are trained on emergency response,conduct regular emergency drills and develop serviceable evacuation plans for their premises to mention but a few.” 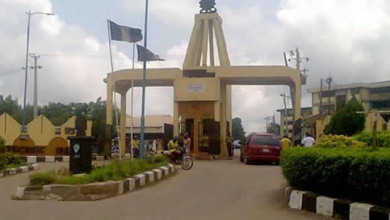 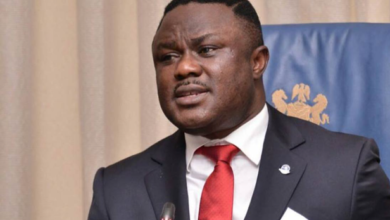