CITIZENS COMPASS– THE Lagos State Teaching Hospital (LASUTH) and the Nigerian Army Cantonment Medical Centre, Ojo, have released autopsy reports into the cause of a policeman who was allegedly killed by some Military men in Ojo area.

Recall that on August 3rd, 2022, some soldiers from Ojo Cantonment allegedly clashed with some police officers over a traffic gridlock disagreement, leading to the death of Orukpe.

The soldiers while on their way to the Military Ordinance school in Ojo allegedly assaulted the police officers managing traffic along the Lagos-Badagry expressway.

The military officers were said to have descended on the officers for causing their coastal bus to stay in traffic.

The reports were made available to the News Agency of Nigeria (NAN) by the widow, Favour Orukpe, on Thursday, November 3, 2022.

The autopsy from LASUTH signed on 27th October 2022, by O.O. Onayemi of the Department of Pathology and Forensics revealed that multiple injuries and blunt force trauma caused Mr Orukpe’s death.

Blunt force trauma, also known as non-penetrating trauma, refers to an injury to the body by forceful impact, a fall, or a physical attack with a dull object.

Mrs Orukpe had alleged that her husband had not been buried because of the delay in the release of the autopsy reports and the Nigerian Army’s investigation report.

She said that though the autopsy reports were now released, the Nigerian Army was yet to release its investigation report to determine who the alleged culprits were.

The Acting Deputy Director in charge of Public Relations at 81 Division of the Nigerian Army, Olaniyi Osoba, said the joint committee of the Army and the police investigating the case was still sitting.

Osoba, a major, said the investigating team had gone far in its assignment and was probing all issues surrounding the incident, administratively.

He said the report would be out when the committee concluded its findings. 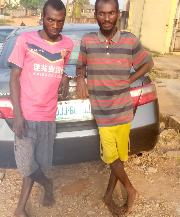