THE ongoing prosecution of the leader of the Indigenous People of Biafra (IPOB), Mazi Nnamdi Kanu, by the Federal Government, has taken another dimension as the United Nations (UN), has requested that Nigeria and Kenyan governments offer explainatiins on the rest and extradition.

In the UN document, dated, August 26, the UN said the Nigerian and Kenyan governments should furnish it with details of how Kanu was arrested and illegally brought to Nigeria.

Nnamdi Kanu’s brother, Kingsley Kanu, informed Sahara Reporters that he, working with the lawyers, undertook the interventions to the United Nations, which required the details to be kept confidential for 60 days.

Kingsley said, “Following the extraordinary rendition of my older brother, Mazi Nnamdi Kanu, I undertook a number of urgent steps within the realm of the international community, particularly in Britain and the United Nations. I worked quietly with my brother’s Special Counsel, Aloy Ejimakor and the Bindmans (my brother’s lawyers in Britain) on a host of muscular interventions aimed at presenting my brother’s case to the international community and facilitating his unconditional release and bringing the culprits of his illegal rendition to account.

These interventions were not made known to the general public because the applicable rules, especially that of the United Nations, required them to be kept confidential for sixty days.

“Those 60 days just expired and the United Nations has therefore made public the details of its ‘Urgent Appeals’ to the Nigerian and Kenyan Governments, which were transmitted since 26th August 2021. It also has made public an acknowledgement it received on 17th September 2021 from the ‘Permanent Mission of the Federal Republic of Nigeria to the United Nations’.”

The Urgent Appeals document states that the United Nations is “alarmed by the alleged torture and ill-treatment Mr Kanu has been subjected to during his illegal custody in Kenya.”

According to the UN, if these allegations are confirmed, it would be deemed a violation of Kanu’s fundamental human rights.

“The allegations in the case of Mr Kanu raise serious violations of international human rights law and may cause irreparable damage to his life or personal integrity, which we believe warrants prompt attention. In this regard, we are considering to publicly express our concerns in this case in the near future, believing that the wider public should be informed about the implications of these allegations for the enjoyment and exercise of human rights in Kenya and Nigeria. Any public expression of concern in this regard will indicate that we have been in contact with your Excellency’s Government to clarify the issue/s in question,” the document said.

Meanwhile, Kingsley has said that as the “global strong actions” taken in response to his brother’s arrest unfolds, they will “remain resolute and relentless in bringing the full weight of the international community to bear on the unconditional release of my brother and leader without further delay.” 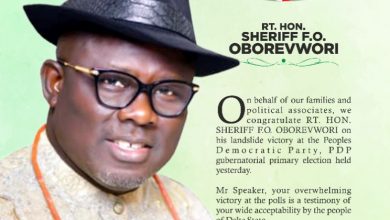