CITIZENS COMPASS- ONE person was confirmed dead while seven others were injured on Tuesday, when fire gutted a commercial bank at Adeola Odeku on Victoria Island, Lagos State.

The inferno affected a salon car parked within the bank premises where some personnel of Rapid Response Squad, RRS, scampered for safety as a result of the inferno.

The fire erupted during a repair work on an industrial generating set within bank premises.

This caused panic in the area as many ran for their dear lives.

Giving the details of the inferno, Adeseye Margaret, the Director, Lagos State Fire and Rescue Service, a make body was recovered from the scene.

She said the incident was reported at about 10:03am through distress calls and this was responded to by the Oba Oniru Fire Station.

‘’It occurred from an industrial generating set which was being fixed before it reportedly exploded and ravaged the building.

“The generator which was housed within the premises of a commercial bank, also affected an adjoining Toyota Saloon Car belonging to the Rapid Response Squad of the Lagos Command of the Nigerian Police stationed outside the premises.

“Unfortunately, a male adult was recovered severely burnt beyond recognition and handed over to the Police from Bar-Beach Division while the four storey commercial building was saved and the RRS Policemen escaped unhurt.

“Further report will be given as the investigation into the cause of incident is completed.”

Spokesperson, Lagos State Police Command, SP Benjamin Hundeyin said those injured were receiving medical attention at a hospital. He said, “One person was injured and seven others have been rushed to the hospital.” 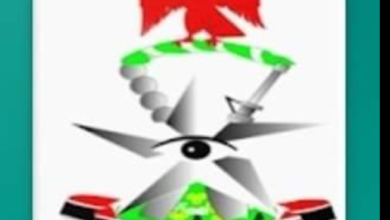