A CHIEFTAIN of Peoples Democratic Party (PDP), Chief Sunny Onuesoke has frowned at the recent presidential pardon of two former governors earlier convicted for some offences bothering on corruption saying this will amount to looting spree in Nigeria.

Recall that Senator Joshua Dariye, former governor of Plateau state and ex-Governor Jolly Nyame of Taraba State sentenced for stealing N1.16bn and N1.6bn respectively were among 159 prisoners pardoned by the National Council of State at a meeting presided over by President Muhammadu Buhari at the Presidential villa in Abuja on Thursday,

The Chieftain was fielding questions from journalists at Nnamdi Azikiwe International Airport, Abuja.

He said the release may send a signal to some government officials that one day, they will be pardoned if convicted for stealing the masses’ fund.

Oniesoke stated that the thought of Nigerians was that the present government was elected on the believe that it would jail looters and sanitise the country from corruption, adding that rather than jail more looters, it is ironical that the government is pardoning already jailed ones.

“What was the criteria for pardoning these criminals? Why did they not include James Ibori, Lucky Igbinedion, Alaimayesigha (posthumously), etc?

Why are the courts still trying other suspected looters if they would be pardoned later? It is a waste of court processes and time,” he said.

The former Delta State Gubernatorial Aspirant who advised Nigerians to treat all citizens fairly and equally noted that Nigeria will remain backward in its anti-corruption drive if she keeps treating elite criminals as special than other criminals.

Many persons are languishing in prison awaiting trials for petty crimes as they don’t have the opportunity to be considered at all.

“We will not move forward in our anti-corruption drive if we keep treating elite criminal as more special than other criminals.

“As a matter of fact, there has been no fight against corruption in the first place. This pardon shows the law is for the powerful, rich and connected. How can you pardon them after stealing our patrimony ?

“This country has a long way to go.” He added. 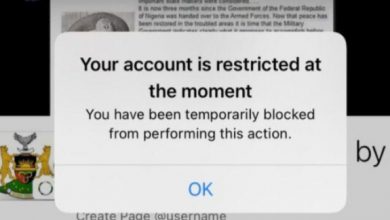