LAGOS State Police Command has said that the traffic robbery which occurred at Alaka/Surulere area of Lagos State,  on Thursday,, was an isolated case in the vicinity.

The Police added that for a long time such an incident has never occurred in the place owing to the effective security measures the Command has put in place in Surulere and other parts of the state.

The Spokesperson of the Command, CSP Adekunle Ajisebutu, said the incident was an aftermath of a broken-down articulated vehicle at the foot of the Domalong bridge which caused a traffic gridlock even as LASTMA officials made frantic, fruitless efforts to remove the said vehicle.

He said: “The attention of the Lagos State Police Command has been drawn to a video going viral on the social media reporting a traffic theft which occurred at Alaka, Surulere in the night of yesterday 19/8/2021.

“The police were managing the traffic situation until the report of the incident was received. And as soon as the report was received, the DPO Surulere personally led anti- crime patrol teams to the supposed scene under the said bridge, where nine suspects were arrested, but victim was not seen.

“However, on the directive of the Commissioner of Police, CP Hakeem Odumosu, additional patrol teams from the RRS and other operational outfits were drafted to the place to carry out a 24hr – visibility policing of the entire area to ensure protection of lives and property of residents and motorists.

“It is on record that many traffic robbers have been arrested in the last few months and charged to court. Notwithstanding the Command, in its relentless efforts, is committed to putting an end to such incident and sundry crimes in the State. Members of the public are assured that the police will not rest on their oars in providing sustainable security for all residents of the State.” 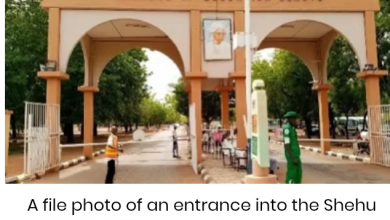