ADELEKE OGUNSOLA, a police sergeant, on Saturday died in the compound of the former governor of Ogun State, Gbenga Daniel, in the Sagamu area of the state.

The police officer reportedly died after one of the drivers of Mr Daniel knocked him down while he (the police officer) was trying to open the gate to the former governor’s private residence, popularly known as Asoludero Court.

After he was knocked down, the police officer was rushed to a hospital, where he was confirmed dead.

The incident has been generating condemnations from Nigerians especially policemen. “Why will an armed policeman be the one opening a gate? Why will politicians turn the police into their slaves? a source said.

“When an officer refused to be used as a gateman in the house, they call the Divisional Police Officer  that he should change him and he is redeployed.

“A policeman bearing arms will be asked to open gate; drivers, civilians and Daniel himself will be telling officers to open gate. If there is a gatekeeper in that house, this will not happen.

“This was a man who left his home for work on Saturday morning, but he died in a mysterious circumstance.

“It is so unfortunate that our bosses in this job are not speaking the truth because of what they want to eat. Imagine, officers posted to Gbenga Daniel’s residence are paid N2,500 weekly.

“Now that guy has died, what will he given to his family that will replicate the life of that officer? We are tired of this job.”

Abimbola Oyeyemi, the police spokesperson in Ogun State, confirmed the incident, adding that it was an accident and “can happen to anybody.”

“We don’t know the circumstances that led to him opening the gate. We were not with him on duty,” Mr Oyeyemi continued.

“It might be that the gate, maybe the gate is of two arms, somebody will be opening the first arm, another person opens the other. It’s possible. 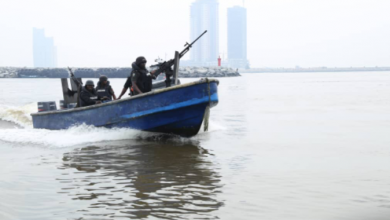 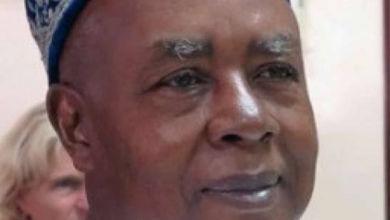 Sultan of Sokoto mourns Alhaji Abdulazeez Chibuzo Ude, says “His name had been synonymous with goodness”