FOR finding them culpable in various offences, no fewer than 130 senior police officers across the country will appear before the Force Disciplinary Committee between July 28 and July 1, 2022.

This was contained in a statement issued on Wednesday, by the Force spokesperson, CSP Muyiwa Adejobi, who said the committee’s recommendations would be transmitted to the Police Service Commission for appropriate sanctions.

The statement partly reads, “The Force Disciplinary Committee (FDC) has convened at the Inspector-General of Police Conference Hall, Force Headquarters, Abuja, to review disciplinary cases instituted against senior police officers of the rank of Assistant Superintendent of Police and above in order to determine their culpability or otherwise.

“The FDC which comprises the seven (7) Deputy Inspectors-General of Police as arbiters and the Assistant Inspector-General of Police Force Secretary as its secretary, began its session on Tuesday 28th June, 2022 and will hold till Friday, 1st July, 2022.

“The Inspector-General of Police has expressed confidence in the Deputy Inspectors-General of Police overseeing the Force Disciplinary Committee to ensure dispensation of justice in all causes before them. The IGP equally assures that the Force is deliberately committed to cleaning up its house for a more professional and citizens-focused policing system.” 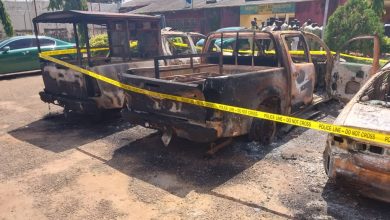