Notable names in the theatre industry, gathered on Thursday, to pay their last respect to the ace comic actor, Babatunde Omidina popularly called ‘Baba Suwe’” who was laid to rest in his residence at Ewu-Elepe, Igbogbo in Ikorodu, Lagos State.

The late actor was aged 63.

The late Omidina who was an indigene of Igbogbo in Ikorodu,  Lagos, was the pioneer of theatre practitioners in the area.

The occasion was witnessed by Islamic clerics, traditional and community leaders as well as theatre practitioners.

A senior Imam from  Igbogbo, Imoloba Shafihi, who delivered a sermon at the event, described the late Omidina as a very kind and generous man who believes in grooming people and is full of humility.

The cleric said that ‘Baba Suwe’ as popularly called dedicated his life to humanity, grooming upcoming artists, doing God’s service, and urged theatre practitioners to emulate his kindness and service.

He said, “We should try and impact positively on our society especially those who surround us, or learn from us. We should be upright and follow God’s dictates when we are still alive.

As we can see how people from far and wide came to pay their last respect, if he had done bad during his lifetime, it will reflect as the burial rights are going on,” the cleric said.

In his tribute, the  President, Theatre Arts and Motion Pictures Practitioners Association of Nigeria (TAMPPAN), Otunba Bolaji Amusan popularly known as “Mr Latin” eulogised the deceased describing him as an exemplary and charismatic artiste who has impacted positively to the film industry.

Mrs Ayodele Omidina, popularly called ‘Suwe’ in her tribute said that her late husband was a very determined person who believes in hard work and dedication to whatever he wanted to do and urged upcoming artists to emulate the same.

“I married ‘Baba Suwe’ when he was nobody, there was nothing with him then, so I knew him very well as a very determined person that wanted to be a great man despite all odds.

“You can see how people trooped in to pay their last respect, I urged all of us and members of the film industry to be kind in dealing with people,’” she said.

One of the sons of the deceased, Dr Akanni Omidina, who came from Ghana said the death of his father was unfortunate at this time adding that he missed him as well as the entire Yoruba film industry.

“I thank God that I was able to reconcile with my dad before this period, in fact, what amused me most is that my dad and the entire family accepted me after about 40 years of my sojourn without seeing or talking to him.

“All we needed now is bonding and understanding, am proud to be a son of a legend, if we work together we can project the name far.

“I want my siblings to let us work together in unity, we should project the image of the family even after the death of our father,” he said.

Mr Adesola Omidina commended everybody who came from far and wide to show love to the family and wishes them a safe journey back home.

‘”My dad is a wonderful person, a legend and is going to miss him in all ramifications,” he said.

In a chat with Vanguard, TAMPAN Provost Marshal, Alhaji Olayiwola Alimi, said the late comic actor,  was never in the possession of substances suspected to be cocaine before he was picked up by the operatives of the National Drug Law  Enforcement Agency (NDLEA).

Recalled that ‘Baba Suwe’ was arrested at the International wing of the Murtala Mohammed Airport in Lagos, in 2011.

He said, “I was the governor of Theatre Arts Practitioners in Lagos can categorically state that

he was not in possession of the substance he was alleged off. I urge members of the public to verify the information before circulating it. The then Head of NDLEA in the airport, one Mr Umar invited me to his office and told me that ‘Baba Suwe’ was innocent of the allegation levied against him and he released him to me.

“However, I was surprised that ‘Baba Suwe’s family said they wanted to seek redress in court and he was subjected to series of medical tests which later had a negative effect on him which built up into a sickness that later took his life,”

“I am unhappy to say this but have no choice,” he said. 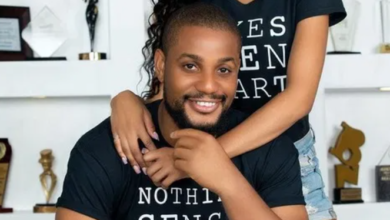 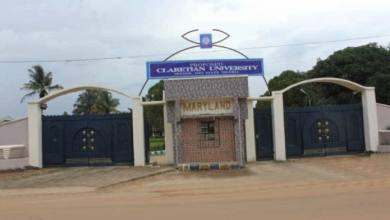 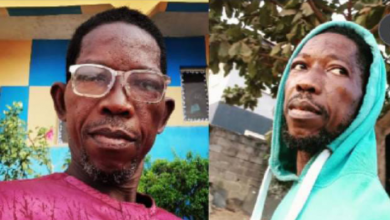 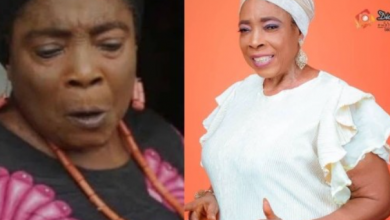 Another Nollywood star is dead

Ariwoola sworn in as Chief Justice of Nigeria
21 hours ago