CITIZENS COMPASS-:AN adult female has lost her life to an autocrash which occured on Thursday, September 22, 2022 in Festac, First Gate, Lagos.

Her body was recovered by the Lagos State Emergency Management Agency, (LASEMA).

The incident which was escalated to the Agency via the Toll Free Emergency number 112, occured when a truck suffered mechanical failure close to the entrance of FESTAC Town in the afternoon.

According to the Permanent Secretary LASEMA, Dr. Olufemi Oke-Osanyintolu,
“On arrival of LRT at the scene of incident, it was discovered that a truck with an unknown registration number was involved in a lone accident at the aforementioned location.

“Further information gathered at the incident scene revealed that the immediate cause of the accident was due to a mechanical malfunction that resulted in break failure.

“Unfortunately, the break failure which resulted from the mechanical malfunction, led to the death of an adult female. A beggar who was crushed in the process of the accident.

“The victim has been bagged by LRT and handed over to the State Environmental Monitoring Unit (SEHMU) for deposit in the morgue.

“LRT, LRU Pre-Hospital Care, SEHMU and NPF were responders at the incident scene.

“The accident truck was successfully recovered off the road to LASTMA YARD in Mile 2 with the aid of a private tow truck provided by the Nigerian Police Force (NPF).

“Recovery operation concluded. LRT and Pre-Hospital Care Team heading back to base.” 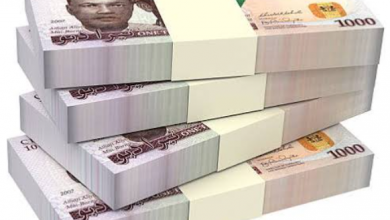