CITIZENS COMPASS– A truck driver and another occupant of the truck have narrowly escaped death when a waste collection truck plunged into the lagoon in Iyana-Oworo axis of the Third Mainland Brudge.

They were said to be transiting from Lagos Island inward Iyana-Oworo when the truck which belongs to the Private Sector Participant (PSP), suffered brake failure and plunged into the lagoon at about 7.46pm, on Monday, October 17, 2022..

He said, “The agency responded to distress calls at the above scene and discovered that a waste compactor truck, registration unknown, while in high motion had a burst tyre as a result veered off the bridge and subsequently plunged into the Lagos lagoon.

“Fortunately the two occupants of the truck (driver and motor boy) were rescued alive by the agency marine team (divers ).

“They have been provided with first aid medical treatment. ”

Meanwhile, recovery operation of the ill-fated truck as of press time 8.15 am, Tuesday, was ongoing. 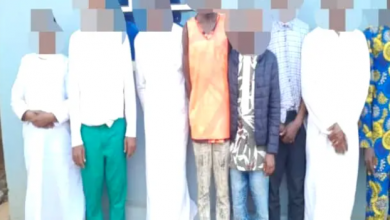