Bolt and Uber drivers in Nigeria, on Thursday, say they would not hesitate to seek court injunction over what they described as unjustified blocking of members’ account by the App companies.

This comes barely a month after the drivers organised a week protests in Lagos State, seeking improved service condition by the companies.

The drivers under the aegis of Professional E-Hailing Drivers and Private Owners Association PEDPA, lamented the high level of irregularities by the App companies which has caused retrogression to the E-Hailing transportation sector in Nigeria especially in terms of professional service delivery.

PEDPA National President, Mr Idris Shonuga in a statement said, “We commend the entire driver community for our doggedness and high level of resilience in putting up with the shenanigans by UBER and BOLT App Companies over the years.

“This ugly trend has really hit hardworking drivers who have deployed their cars, assets worth well over N2m, thus leaving us highly impoverished,” said the president.

He said due to the high-handedness of the App companies, the E-Hailing drivers were not allowed to have a contractual right and obligation to fix the prices for their services across the country.

In the statement, Shonuga said , “sadly, Uber/Bolt companies have not only fixed the price for our services, they also fixed a huge commission for themselves at the detriment of the direct service providers who are the drivers,”

“Because of the alarming rate of unemployment in the country, many drivers are joining the e-hailing industry as the means to earn a decent living.

“That is why they keep blocking drivers’ accounts unjustifiably without any fair hearing especially the older drivers account on their platforms.

“This development has resulted in many drivers loosing their cars and ended up being frustrated out of business.

“Many have also lost their lives while others have suffered permanent disability in the line of duty without any compensation to the affected drivers nor to the family of the deceased.

“In view of the above, PEDPA has since inception taken the center stage to redress this ugly trend,” he said.

Shonuga reiterated that several letters have been sent to the companies for dialogue but all met a brick wall.

He said that the most recent was the last strike action, which really hit them hard and forced Uber to take steps towards increasing the fares a bit higher though that was not our expectations.

Shonuga said in a bid to end this shenanigan by the app companies, PEDPA had affiliated membership with International Labour Organization (ILO), Organization of Trade Union of West Africa (OTUWA) and Trade Union Congress (TUC) and solicited their support for the E-hailing drivers in Nigeria.

“I am glad to inform us that we now have the unwavering backing of these bodies.

Shonuga said the associations will work with PEDPA’s legal Unit to institute a court case against Uber and Bolt companies and this would be adequately funded to ensure the drivers get justice in all ramifications.

“In view of the foregoing, as required by our legal Unit, a Google sheet has been designed to capture our cases with evidences.

“We therefore call on all drivers who have been affected in the following areas to present their case using the Google Sheet Link herein without delay,” he said.

The president highlighted some of the procedures to be followed by the members whose accounts have been deactivated.

He added that those whose accounts were blocked for exercising their fundamental human rights to protest during the strike should also fill the form and give detailed comment in the section provided.

He said all drivers who were disabled or died in active service without compensation by Uber and Bolt companies should come forward.

The President appealed to the entire driver community to join hands with PEDPA to fight the common enemy. 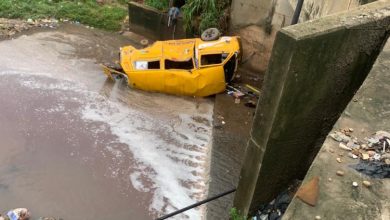 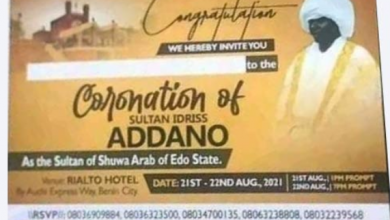 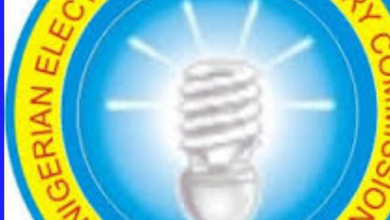