Adesegun was led in evidence by the Prosecution Counsel, Suleiman Abdulkareem.

His colleague, Nkechinyere Adesegun, narrated how the allege fraud was carried out.

The defendant is being prosecuted by the Independent Corrupt Crimes Commission (ICPC) on a one-count charge of fraud contrary to Section (1)(1) of the Advanced Fee Fraud and other Related Offences.

“The defendant called me on the phone to arrange a meeting in the office car park.
”When I got there, she opened the pigeon hole of her car and showed me some appointment letters from the Nigerian Correctional Service(NCoS),
saying it belonged to people she secured employment for.

“So I told her that my brother, Lawrence Okafor, was interested and she said the letter costs N300, 000. I asked about its authenticity and she assured me that it was genuine.

” The defendant told me the employees were going for training in Lagos state and would be briefed at the Prisons Headquarters so my brother transferred the money to my account and I sent it to the defendant.

” We did not receive any phone call regarding the training, then the defendant told my brother to buy shorts, a canvas and proceed to the training school. The defendant gave my brother his appointment letter and he showed some of his friends, who indicate interest,” she said. 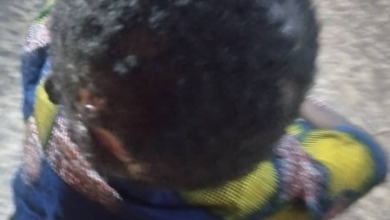