CITIZENS COMPASS– A fight with some friends in Oko-Oba area of Lagos State, has led to serious injuries on four of them.

The incidents occurred at about 2.45am
when the friends who were 11 in number were lodging in a hotel.

Men of the Rapid Response Squad have arrested the 11 and taken them to Oko Oba Division.

According to residents, the RRS team was patroling the area when they heard about the fight and razed to the scene to arrest the friends.

The Rapid Response Squad posted on it’s social media pages said, “Around 2:45 a.m. today, our officers on patrol arrested 11 members of rival cult gangs involved in a violent clash in a hotel (name withheld) in Agege.

They have been transferred to Oko Oba, Agege Police Division, in line with the directive of our Commander, CSP Olayinka Egbeyemi.” 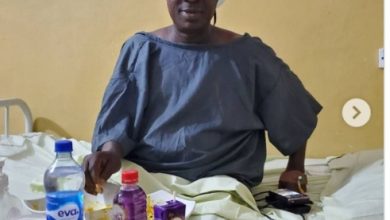