Three days after the enforcement on Okada ban in six local government areas and their council areas in Lagos State, the State government on Friday, crushed some of the impounded motorcycles in Alausa, Ikeja area of the State.

The Chairman of the Lagos Taskforce, Shola Jejeloye, told journalists that the ban has been in existence since February 2020 and has been effective.

He had, on Thursday, in a statement, said that 2,228 impounded motorcycles will be crushed.

“It is not something that came into place February 1, 2020. And since then we have been on it. It is just that people believe in violating the law which I don’t think is good enough, in a cosmopolitan city like this. But since June 1, there have been more than 85 per cent compliance in the sense that we don’t see them on the road, on the express any longer. The numbers have drastically reduced.”

Mr Jejeloye noted that security operatives will sustain the enforcement of the ban.

“They (motorcyclists) are watching us and I know that they might believe that the first week of the ban will be thorough and after one week we are going to relax,” Mr Jejeloye said. 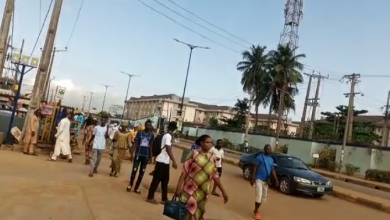