ABUBAKAR Malami, Attorney General of the Federation and Minister of Justice has condemned the attack on President Muhammadu Buhari, the Federal Government and the Police over Magodo Estate in Lagos.

On Tuesday, a Chief Superintendent of Police told Governor Babajide Sanwo-Olu that he and other officers could not vacate the Estate.

“Call your superiors in Abuja and tell them that the governor is here, as the Chief Security Officer. You don’t have any business being in my state and I want you to disengage right now”, Sanwo-Olu said.

But the police team leader explained that they were there at the instruction of the Inspector General of Police, Usman Baba, through the AGF.

“I am too small or too low to call them. Your Excellency sir, you can call them sir”, the CSP politely responded.

In a strong rejoinder Wednesday night, the AGF reminded them that his office “belongs to the Executive arm of the Government, while the Supreme Court belongs to the Judiciary”.

He said the role of the executive is to maintain law and order in due compliance with rule of law arising from giving effect to the judgment of the apex court of the land.

Malami decried their “unjustifiable insinuation of impunity” over execution of a judgment of the Supreme Court.

“The issue is regarding a Supreme Court Judgement that was delivered in 2012 long before the coming of President Muhammadu Buhari’s administration in office at a time when Malami was not a Minister.

“The judgment was a reaffirmation of the judgments of the Court of Appeal and High Court delivered on 31st December, 1993,” he said.

Nothing that the governors’ position was a surprise, the AGF called it “a vituperation of ulterior motives of some political class” who derived pleasure in dragging him “to achieve some sinister objectives”

Malami said Sanwo-Olu openly revealed that he spoke “extensively with the Inspector-General of Police and the Honourable Attorney-General, and we’ve resolved all the issues”.

The AGF urged the South-West Governors “to unravel the circumstances preventing the Lagos State Government from enforcing the court order despite several attempts from 2012- 2015 and so-called settlement initiative started in 2016”.

He maintained that some of the cardinal pillars of democratic Government are the doctrine of separation of powers and obedience to the rule of law inclusive of Court Orders.

“It is a common knowledge that execution of the judgment and orders of Courts of competent jurisdiction, and the Court of last resort in the circumstances remains a cardinal component of the rule of law.

“The office of the Attorney General wonders how maintenance of the law and orders in the course of execution of the judgment of the supreme can be adjudged by imagination of the governors to be unruly,” he declared.

The statement by Malami added that the sanctity of the rule of law was not a matter of choice. 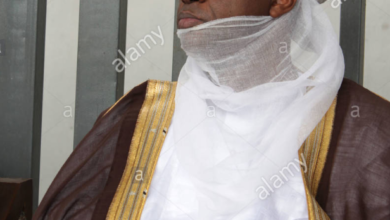 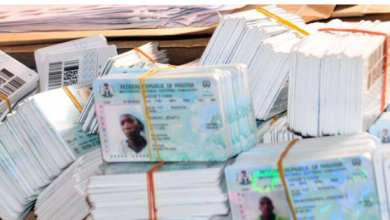