The donation was made to her school of primary assignment in order to promote and encourage reading habits among the pupils.

Speaking during the donation and the launching of a book titled “Muse of My Childhood” Mrs. Abiola said the book would be of immense benefit to teachers, learners, and researchers in promoting indigenous culture, literacy and appreciate the nature.

Abiola explained that her written prowess was derived during the OgunDIgiClass project, adding that the piece of the work reflects the joy children derives from playing with natural elements and their perceived relationship with them.

“I am not just handing over dozens of books, but dozens of dreams, dreams that learners can pursue and make them successful, open-minded, stronger, and better people.” she noted.

In her address, the special Adviser to Ogun State governor on Primary and Secondary Education, who doubles as the Special Guest of Honour, Mrs. Ronke Soyombo solicited the support of well- meaning Nigerians by contributing their quota towards development of education sector in the State.

Appreciating the donor on behalf of other learners in the school, Akintoye Taiwo, a primary 4 pupil said the generosity would further enhance their learning abilities and help them in pursuit of academic per excellence. 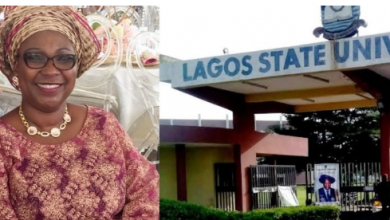