CITIZENS COMPASS– A nationale and his driver escape been burnt when their Space bus was engulfed in fire on the Third Mainland Bridge.

The incident caused fear in the axis as many road users scampered for safety.

The bus owner and driver escaped unhurt but the vehicle was completely burnt including some personal effects.

Eye witnesses’ account said the occupants were on their way to Isolo from Lagos Island when the bus was engulfed in fire at Ilaje inward Iyana-Oworo and this led to the fire outbreak.

CITIZENS Compass gathered that there were no fire extinguishers in the bus as at the time of the incident but the occupants on noticing the inferno hurriedly escaped sourcing for one.

It was learnt that by the time they returned with fire extinguishers, the bus had been reduced to ashes.

It was learnt that law enforcement agents in the axis and co-motorists rallied round them but this was too late.

However, men of Lagos State Fire and Rescue Service were contacted who eventually contained the fire.

Before the arrival of the fire fighters, many road users were said to have abandoned their vehicles on the bridge out of fear.

An eye witness, Mr Akintunde Folorunso who was heading for Oshodi as at the time of the incident said sympathisers made frantic efforts curtailing the fire.

According to him, free flow of traffic was disrupted as a result of the incident but this was well attended to by the traffic officials in the axis. He said,

The owner of the bus, a white man and his driver were the occupants of the space bus and both watched helplessly as the fire consumed the bus.’’

Akintunde said men of Lagos State Fire and Rescue Service were contacted who later arrived the scene with their fire fighting equipment and the situation was brought under control. ‘’The fire fighters were able to fight the fire and this gave hope to those who had earlier abandoned their vehicles and peace was returned to the area,’’

No life was lost to the incident just the wreckage was removed at about 8.30pm.

Hoodlums were prevented from hijacking the situation to loot, vandalised and rob. 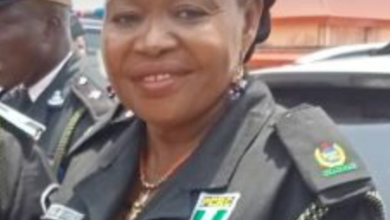 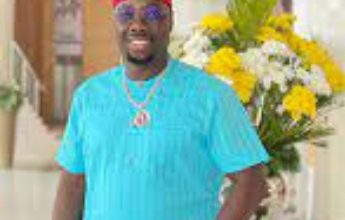 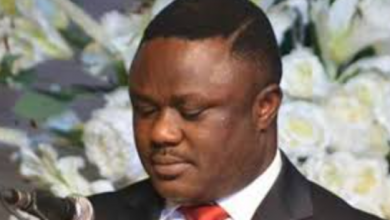 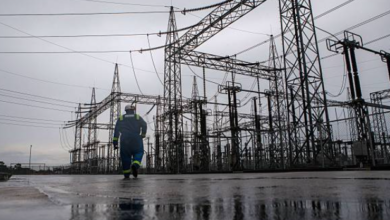