This follows the alleged shooting of two fun-seekers by his escorts at Club Cubana in Victoria Island, Lagos.

Few days ago, the escorts were said to be arrested by Police authorities over the matter.

It was learnt that the singer jeted out of the country on realising the gravity of the incident.

However, Citizens Compass gathered that detectives were working round the clock to trace his whereabouts.

The incident has been generating controversies following the initial directive by former Inspector General of Police, IGP Mohammed Adamu which stated that all Policemen attached to VIPs should be withdrawn.

The shooting occured on Wednesday, June 8, 2022, at Club Cubana in Victoria Island, Lagos.

Force Headquarters Spokesperson, CSP Olumuyiwa Adejobi in his tweet on Sunday, said the escorts have been identified, arrested and detained over their misconduct.

The escorts were said to have shot two fun seekers, Irebami Lawrence and another simply identified as Tolu.

However, the Spokesperson said the Force Headquarters have ordered the CP to forward the result of the investigation for appropriate action.

It was learnt that on that fateful day, the musician and five police escorts visited the club at about 4am unknown to them that the ugly incident will occur.

On arrival, four of the escorts were said to have waited at the entrance of the club house while the fifth who was in mufti escorted the musician to his VIP seat in company of three women.

Citizens Compass gathered that while the clubbing was in top gear, the musician spotted another woman whom he made advances at unfortunately her husband who was physically present, was said to have rebuffed the musician asking him to stay put.

This was said to have led to a serious argument between the man’s friends and Burna Boy’s team which resulted in the alleged shooting of two fun seekers while the musician fled the scene on realising what transpired but the Police thereafter, arrested and detained the escorts.

CSP Muyiwa Adejobi confirmed the arrest to Vanguard saying investigation into the matter has since commenced.

He assured members of the public that the matter will be unravelled.

“We have commenced investigation into this matter. The policemen have been identified and arrested. They have been detained immediately after the incident.

“The IGP has ordered the CP Lagos, CP Abiodun Alabi, to conclude his investigation and forward report for necessary action.”

“The Police personnel alleged and identified in the shooting incident at Club Cubana in Victoria Island, Lagos on Wednesday, June 8, 2022, have been taken into custody and are being investigated for their involvement in the incident.

“The Inspector-General of Police, IGP Usman Alkali Baba NPM, psc(+), fdc, who describes the circumstances surrounding the incident as unbelievable, has however condemned, in the strongest terms, the unfortunate incident.

“Consequently, the IGP has directed the Commissioner of Police, Lagos State, CP Abiodun Alabi, to carry out a thorough investigation into the matter and forward his report as urgent as possible for further action. 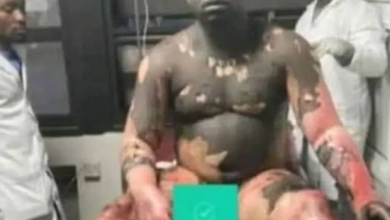