tooSecurity agencies are currently at alert over the reported death of Abubakar Shekau, leader of the Boko Haram sect.

An unconfirmed report on Wednesday evening, said that Shekau lost his life to a face-off with fighters of the Islamic State in West Africa Province (ISWAP), around Sambisa Forest.

Boko Haram and ISWAP terrorists neighbour each other around the Lake Chad region.

Despite resistance from countries in the Lake Chad region, the terrorists have continued their operation, severally clashing with the Multi-National Join Task Force comprising the security operatives from neighbouring countries.

The ISWAP fighters were said to have been on the trail of Shekau whom they wanted to capture alive but the Boko Haram leader reportedly committed suicide to avoid being caught.

“The ISWAP fighters surrounded the Boko Harm leader as the shooting ensued between the two sides but Shekau detonated a bomb and killed himself when he observed that the ISWAP fighters wanted to capture him alive,” the intelligence read.

The military authorities are yet to comment on the news about Shekau’s death but top security sources told Daily Trust that ISWAP’s claim is being verified.

Both the Department of State Services (DSS) and the army authorities are said to be verifying the claim.

Although there have been reports of ISWAP and Boko Haram Commanders being killed in exchange of gunfire, this is the first time that Shekau will be reported to have been killed in a battle with terrorists.

Shekau had been reported dead on different occasions in the past but during encounters with the military.

However, he has subsequently embarrassed the military and government by debunking the claim of his death through videos or audios.

Shekau took over leadership of Boko Haram in 2009 following the death of Mohammed Yusuf, the group’s founder 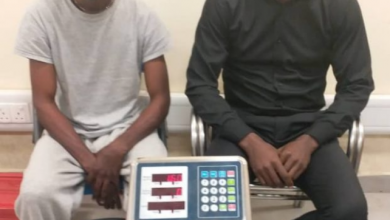