THERE was tension in some parts of the country particularly the Southeastern region following the threat by members of the Indigenous People of Biafra, IPOB to shut down the area in solidarity with its detained leader, Mazi Nnamdi Kanu

The secessionists’ group had through a statement on Saturday by its spokesman, Emma Powerful vowed to enforce a sit-at-home order in the entire region on October 1st, saying there would be operation no Nigerian flag in Biafra land.

According to the statements, residents of the region were warned to steer clear of the streets as there would be no movements.

Nnamdi Kanu for months has been in the custody of the Department of State Services, DSS after he was arrested in a neighbouring African country.

IPOB has declared 1st of October 2021 total shutdown in Biafra land as a sign of our rejection of the evil construct called Nigeria and there shall be no movement in Biafra land on this day.

“Everybody must strictly adhere to this directive from IPOB leadership, we want to let the world know that Biafraland is not Nigeria and shall not be. Don’t say I don’t know, a word is enough for the wise.”

Also on Tuesday, the separatist group called on agitators of Oduduwa Republic,  Middle Belt and other allegedly “oppressed tribes” in the country to join in shutting down Nigeria on October 1.

Emma Powerful said, “Following our earlier declaration of October 1st sit at home order issued by the leadership of the Indigenous people of Biafra (IPOB), all Nigerian oppressed tribes should reject the Nigerian government’s evil agenda against the indigenous peoples.

“We, the global family of the Indigenous People of Biafra (IPOB), request our brothers and sisters in Oduduwa republic and Middle Belt who suffer a similar fate with us to join hands in sympathy protest.

However, the moves and threats triggered tension in some parts of the region as shops, offices were shut down about 12 hours before the Independence Day.

Reacting to the development, a trader in the popular Onitsha market, Emeka Andrew, said there was panic buying of food and other essential items on Thursday as there would be no movement on Friday (Independence Day).

He said, “Nobody is coming out tomorrow because no one wants to die. We all saw what happened in the previous time when such declarations were made by the IPOB so we are all doing everything possible to prevent that. I’m closing my shop anything 4pm.

“On a normal note, even on Christmas Day, we are always here but this has to do with life and death and some of us have chosen life. Whatever you don’t buy today, you may not get it until next week. Who knows what would still happen on Monday?”

Similarly, a corps member who identified herself as Ene, serving in Anaocha Local Government Area of the state, expressed fear of attack, saying she has resolved to suspend all activities and stay-at-home.

“I don’t want any story at all, so I have cancelled all my usual activities pending when normalcy return to the state”.

However, speaking with DAILY POST, the state’s Public Relations Officer, DSP Ikenganyia T. Anthony said the command has established an intensive patrol and surveillance to ensure peace and order in the state on Independence Day.

He said, “We have extended our patrol and for us, we are concentrating on our primary duties which include the protection of lives and properties. So there is intensive patrol and surveillance going on”.

In the same vein, a civil servant in Ebonyi State who pleaded anonymity ssid there is “fear in the land” as the government prepares for the Independence celebration.

“Although Ebonyi State is not like other parts of the region, there is fear in the state currently. Some unscrupulous persons are taking advantage of the peace in this place to penetrate and unleash havoc”.

But the spokesperson of the Ebonyi State Police Command, DSP Odah Loveth said the area was calm, stressing that “everyone was going about his or her businesses in the state”.

She said, “There is nothing like the activities of IPOB in Ebonyi and we are not going to allow that. The commissioner of police has assured adequate security. 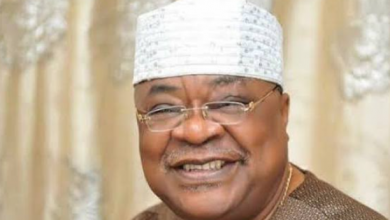