THERE was confusion at Eagle Square, Abuja, on Monday,

The military officers who stood under the sun for several hours, apparently succumbed to exhaustion.

Security and medical personnel rushed to the parade ground with stretchers and whisked the collapsed colleagues to the medical shed on the left side of the State Box where President Muhammadu Buhari sat.

It was not clear whether they were able to return to their duty beats for the continuation of their duties.

On arrival, President Muhammadu Buhari inspected the parade immediately and was followed by military/police march past in slow and quick time.

The event also involved a combat march display by the Nigerian Army Women Corps as well as the combined silent drill display by the Armed Forces and Police.

Also on display were the combined band/silent drill display by the armed forces and advance in review order.

Besides the President, who arrived the Eagle Square around 10:12am, other dignitaries who graced the event were former President Goodluck Jonathan and the All Progressives Congress’ (APC) presidential candidate, Asiwaju Bola Ahmed Tinubu

Others were the National Security Adviser, Major-General Babagana Monguno (rtd); the Chief of Defence Staff, General Lucky Irabor; service chiefs, Ministers, members of the diplomatic corps, captains of industry, as well as other Nigerians from all walks of life, including students.

Also at the ceremony was a former Secretary to the Government of the Federation, Ambassador, Babagana Kingibe, who was the running mate to the presumed winner of the June 12, 1993 presidential election, Aare M.KO Abiola.

Kingibe was introduced as former Vice President and requested to join in a group photograph with President Buhari, Jonathan, Lawan; Gbajabiamila; Tanko, and the national chairman of the All Progressives Congress (APC), Abdullahi Adamu.

However, Vice President Yemi Osinbajo was not at the ceremony, having departed Abuja on Sunday evening, to participate in the annual summit of the Africa CEO Forum in the Ivorian capital of Abidjan.

Also not sighted at the event was the Abiola family, the patriarch of which was the icon of the June 12 Democracy Day celebration. 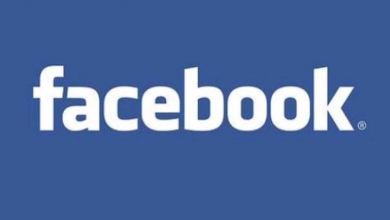