ADEDOTUN Clement, the Uber driver brutalised by security agents who fired tear gas canisters to disperse protesters during the #EndSARS memorial at the Lekki Tollgate, Lagos State, has demanded the arrest and prosecution of the policemen who tortured him.

This was in response to a statement by the state Commissioner of Police, Hakeem Odumosu, that the police could not take any action on his case because there was no official complaint before the command.

In a petition addressed to the commissioner on Monday, Clement, through his lawyer, Inibehe Effiong, said the attack on him was a violation of the Police Act 2020.

While urging Odumosu to take action to remedy the violation of his rights “as guaranteed by Section 34 and 35 of the Constitution,” the victim demanded that disciplinary measures should be taken against the policemen.

The petition read in part, “Our attention has been drawn to a statement credited to you as reported in The PUNCH Newspaper of Monday, October 25, 2021, in which you stated that you cannot take disciplinary actions against the police officers who tortured and pepper-sprayed our client because no formal complaint has been filed by our client.

A statement by the lawyer reads: ”

We have written to the Lagos State Government through the Attorney General of Lagos State to demand payment of the sum of N500,000,000 (Five Hundred Million Naira) as compensation to Mr. Adedotun Clement for the gross violation of his fundamental rights to dignity of the human person, personal liberty and property and for the deprivation of his source of livelihood and the destruction of his vehicle.

Adedotun Clement is the innocent Uber driver that was assaulted by some officers of the Lagos State Neighborhood Safety Corps (LNSC) and Nigeria Police Force during the first anniversary of the #EndSARS protest at Lekki Toll Gate in Lagos.

In addition to payment of monetary compensation, we also demanded that disciplinary measures be taken against the culprits who assaulted Adedotun, and that they should be prosecuted in court in line with the Anti-Torture Act and the Criminal Law of Lagos State.

Also, we are equally demanding a written apology from the state government.

It should be noted that the vehicle of Mr. Adedotun has been returned but in a bad condition. The agents of the state government broke and damaged the front windscreen of his Toyota Corolla. The vehicle was in good condition before it was towed away on Wednesday, 20th October, 2021. But upon reaching where the vehicle was taken to on Friday, 22nd October, 2021, Adedotun saw the destruction done to his vehicle by agents of the state government.

The implication is that he cannot use the vehicle to earn a living until it is repaired.

My attention has been drawn to the public statement by the Lagos State Neighborhood Safety Agency (LNSA) wherein it is stated that two officers of the agency were subjected to orderly room trial, found guilty of assault and general unruly behaviour and suspended for two months.

While we commend the Lagos State Government for admitting that the conduct of its agents was criminal and unprofessional, we find the two months suspension meted on the two officers grossly insufficient and unacceptable. It is not a deterrence. The officers should be dismissed and diligently prosecuted in a court of law to serve as a deterrence to others.

Finally, we are expecting the Lagos State Government to respond to our modest demands within 48 hours or we will have no other option but to commence legal proceedings to seek redress for Adedotun.,”

“Since the assault was perpetrated publicly with video evidence in public circulation and widely reported, we expected that you would initiate disciplinary action based on the undisputed facts and evidence available to you. But since you have demanded a formal complaint, please take this petition as a formal complaint on behalf of our client.

“It is the brief of our client that on Wednesday, October 20, 2021, he was conveying a passenger to the Lagos Mainland, and on getting to the Lekki Toll Gate, he encountered traffic gridlock caused by the peaceful memorial protest in commemoration of the first anniversary of the #EndSARS protest.”

He stated that while Clement was waiting to pass the tollgate, pandemonium ensued after the police and the Lagos Neighbourhood Safety Corps descended on protesters and fired tear gas canisters indiscriminately in order to disperse them.

“Following the pandemonium, coupled with the debilitating effect of the canisters which penetrated our client’s vehicle, our client and his passenger, like other motorists, road users and the protesters, had no choice but to abandon his vehicle and flee the contaminated scene for his safety.

“When the atmosphere became relatively calm, our client returned to retrieve his vehicle and continue with his business, only to realise that officers of the Nigeria Police Force and LSNC had towed his vehicle from the Lekki Toll Gate to an undisclosed location.

“Our client, as a law-abiding citizen, approached the officers of the Nigeria Police Force and LNSC, who were at the Lekki Toll Gate, to enquire about his vehicle. Rather than respond to our client’s enquiry, the police officers and LNSC officers, without any provocation, swooped on our client and subjected him to prolonged molestation, torture, intimidation, abuse, unwarranted dehumanisation and degrading treatment,” the petition said.

Condemning the assault on the driver, Effiong noted that his client’s liberty had been violated.

He added, “Sequel to the foregoing, we hereby respectfully demand as follows: payment of the sum of N500m to our client as compensation for the gross violation of his fundamental rights by officers of the Nigeria Police Force; severe disciplinary measures should be taken against the police officers who attacked our client; culprits should also be prosecuted in court; a written apology to our client addressed to us for the violation of his rights.”

Odumosu told our correspondent that the command would look into the petition and deal with it based on its merit.

He said, “The case will be assigned to a team and if any officer is identified, the officer will go through our procedure as we are not going to circumvent our procedure.”

It was reported that the General Manager of LNSC, Ifalade Oyekan, after an orderly room trial, suspended two officers of the agency who were involved in the act. 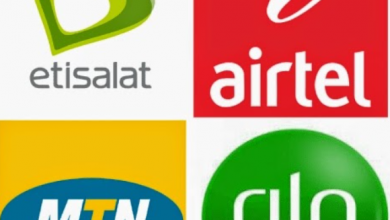 Internet usage drops by 6% in Nigeria