CITIZENS COMPASS– A fire incident which guys a storey building has claimed the life of a 40 years old woman, in Somolu area of Lagos.

However, a 50 years old man was rescued to the hospital.

The incident occured at about 03:18am, at House 14, Bolaji Omupo Street, Somolu.

Men of Lagos State Fire and Rescue Agency swing into action and contained the fire.

Adeseye Margaret, the Director of the fire service while confirming the incident said her men met the fire well alight.

Similarlly, Ikorodu Fire Station of the Agency attended to another Fire outbreak at a social welfare building in Agbowa, Ikorodu.

The building housing widows and orphans named Hope of God Grace opposite Oando Filling Station, was engulfed in fire.

According to her, the fire affected seven rooms and four parlours of a storey building.

She said this was contained and prevented from escalating to the ground floor and adjoining buildings.

Investigation, however, revealed negligence as the undercurrent cause that led to electrical upsurge when the power distribution company restored electricity to the area that ensued in the fire outbreak.”

As for that of Ikorodu, Adeseye said, “The immediate mobilisation of Firefighters ensured a successful extinguishing of the Fire with no record of casualty.

“However, operations have since been concluded at both scenes.” 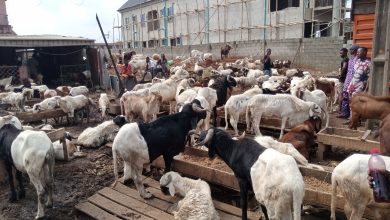