AUTHORITIES of the University of Lagos are considering the suspension of one of its students, Chidinma Ojukwu, who allegedly stabbed the Chief Executive Officer of Super TV, Usifo Ataga, to death.

Sources in the university’s Senate, on Friday, said that the student’s action was contrary to the provisions of the institution’s Students Handbook and would be suspended.

A professor at the university, who spoke on condition of anonymity, said that “there is no two ways, she will be suspended.”

He added that the suspect would at least be suspended pending the outcome of the Police investigation.

A dean in one of the faculties in the university also noted that the student would not be able to escape suspension based on the alleged behaviour.

He said, “We don’t just suspend like that. A committee will examine the situation, including the video where she confessed before taking a decision. But I do not think she can escape suspension.’’

Chidinma, a 300-level student in UNILAG’s Department of Mass Communication, had on Thursday confessed to stabbing Ataga to death while being paraded at the state police command headquarters, Ikeja, Lagos State.

During her parade, 21-year-old Chidinma also confessed to withdrawing N380,000 from the deceased’s account to pay her school fees.

The undergraduate also told newsmen in Lagos that she stabbed Super TV CEO Michael Ataga to death in self defence.

The student, who said she was arrested at her residence at Alagomeji, Yaba, said that she met Ataga about five months ago.
Ataga, whose wife and children reside in Abuja, was first reported missing by concerned friends and family after all efforts to reach him proved abortive.
Later, officers of the Lagos State Police Command found Ataga’s lifeless body in a flat in Lekki Phase 1, Lagos with multiple wounds on June 16.
When asked if the student could be suspended or expelled as stipulated by the university’s handbook for undergraduates, the Head, Mass Communication Department of the university, Joseph Tejumaiye, said, “That is what is in the handbook of the university. I am very sure that the school will implement that to the letter.

I want you to know that certificates are awarded on the basis of learning and character. It is not based only on learning.

“She allegedly committed an offence against the state. Criminals are everywhere. It is just unfortunate that she is just our student.”

Officials of the University’s Public Relations and Student Affairs units confirmed that Chidinma may be suspended.
They, however, asked our correspondent to await an official correspondence on the matter from the university.
The spokesperson for UNILAG, Nonye Oguama, refused to comment when contacted on Friday.

“I am not commenting yet,” she said. 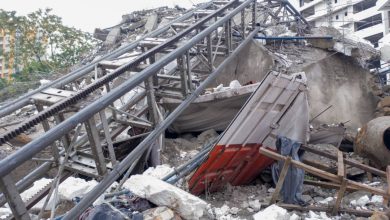