A COMMERCIAL bus driver in Lagos has allegedly attacked an officer of the Lagos State Traffic Management Authority, (LASTMA), with a screw driver while the later was enforcing traffic laws of the state.

The incident occured on Thursday, at Ojota interchange area of the state at about 6.20pm.

The officer simply identified as K. Hassan, was said to have narrowly escaped death, when the aggressive commercial bus driver, commonly called “Danfo” attacked while enforcing traffic laws of the state.

Recall that recently, there have been series of attacks on law enforcement agents in Lagos with the latest been the murder of a Chief Superintendent of Police,CSP, Abonde, at Ajao Estate by invading commercial motorcyclists, popularly called “Okada.”

Meanwhile, on the attack of LASTMA officer, the law enforcement are currently on the trail of the assailant and the yet to be identified conductor of the bus who were still on the run as of press time.

Reacting to the latest incident, the General Manager of LASTMA, Mr. Bolaji Oreagba, who expressed sadness over incessant attacks and assaults on his men and officers, vowed that the act would no longer be tolerated.

The traffic officer was attacked and severely injured with a screw driver on the head while carrying out his official duty on the evening of Thursday, at his beat under Ojota Interchange inward Ketu.

It was gathered that the driver of the yellow Volkswagen bus, popularly called ‘vanagon’, with plate number LSD 28 XY, was found passing through the dedicated Bus Rapid Transit, BRT corridor at Ojota toward Ketu when he was accosted.

It was learnt that upon seeing the extent of damage done on the officer, the “Danfo” driver and his conductor took to their heels.

He was immediately rushed to a nearby hospital where his health was later stabilised as revealed by the Zonal Head of that beat.

“These attacks will no longer be tolerated and attackers when caught will be made to face the full wrath of the law,” Oregba stated.

The General Manager noted that Lagos, a cosmopolitan city with the smallest landmass, has over two million vehicles within the city and several thousands coming in and out of Lagos roads on daily basis.

Oreagba continued: “This has therefore, necessitated proactive traffic management with enforcement in order to ensure sanity on our roads.

No traffic law violator would be allowed to go scot-free, especially in these ‘ember months as the state government is not prepared to endanger the safety and security of the people of Lagos State.”

He therefore, urged the Motorists to be law-abiding at all times in order to ensure free-flow of traffic and sanity on Lagos roads.

“Attacks on traffic managers attract stiffer penalty and punishment than disobeying traffic laws, and as such perpetrators will be dealt with severely to serve as deterrent to any would-be offender,” Oreagba added. 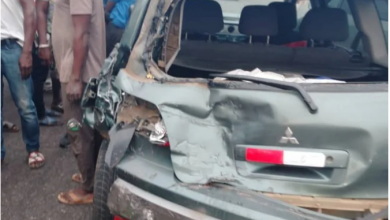