THE Ohanaeze Ndigbo General Assembly Worldwide, Enugu State Branch, says it is organising a One Million-man match in the state to demand accountability from the state governor, Ifeanyi Ugwuanyi, over governance in the state.

A statement signed by Ambassador Tony Obizoba, the Director General, Strategic Planning and Implementations,
Ohanaeze Ndigbo General Worldwide,
expressed unhappiness that the Governor has either performed far below rating level or that he has not performed at all, despite that monies due to the state was forthcoming from the Federal Government of Nigeria and that Internally Generated Resources (IGR) of the state was forthcoming.

The statement reads, “As a CAMA-compliant social cultural organisation, recognised by the law of the country to lead and speak for the rights of Igbo people and the development of the land, we have decided at our own level to, in coming days, match on the Government House Enugu, to do no more or less than asking the governor to give account to the good people of the state, what he has done with the money of the Eastern state most populous state since the past six years he has spent in office.

“We cannot but tell ourselves the bitter truth. Failure of governments at regional level contributed to the uprising we have witnessed, which nearly turned our South East region to a war zone but the wisdom of the President and Commander-in-Chief, Muhammadu Buhari GCFR, who ensured that the war against criminal elements, killing security officers, innocent citizens and destroying public infrastructures, did not escalate beyond targets.

“We must tell this bitter truth because, let’s face it, there is no evidence that any other tribe or region has been responsible for our plights except that the resources meant, by law, to improve the lots of our people and land have not been judiciously expended.

“Although some genuine reasons of demand for equal rights to the Presidency of Nigeria could not be thrown away from the issues around, some Igbo people could not have descended to the doing things that got them declared as terrorists by a competent court of the country, if those charged with responsibility to make their lives better did not fail.

“We thank God that normalcy is gradually returning to the land but, in order for such problem caused by lack of good governance not to reoccur, particularly in Enugu State, we have decided at this yet another opportunity of correctional stage to match to the Enugu State Government House, Enugu, to ask the governor to tell us what he has done in his over six years in office, if any. And if there is nothing that he can account for, we will advice him based on the assessment that will guide him on how best to govern the state well, per adventure, this sun in the sky – with his tenure still having two years to go – will be enough to dry washed clothes in a way that will help the governor rediscover himself.

“This match, we are doing and the mobilisation we have already started, in conjunction with the Office of the Director General Strategic Planning and Implementations of the Ohanaeze Ndigbo General Assembly Worldwide at the national level, led by the DG, Amb. Tony Chiemelu Obizoba.” 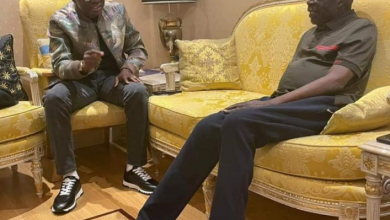 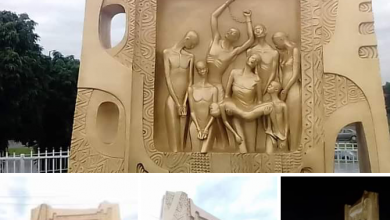 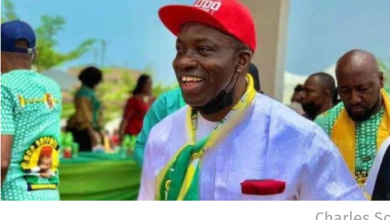