THE socio-cultural group,  Oodua People’s Congress, (OPC), Osun State Chapter, says it lost a member Muheeden Oladejo, to a shootout between a combined team of security operatives and some suspected kidnappers at Imesi-Ile and Esa-odo in the Obokun Local Government Area of Osun State.

The 37-year-old Oladejo lost his life, in the course of rescuing some passengers who were abducted by some suspected gunmen.

During the shootout, one of those was said to have sustained gunshots injury while Oladejo was fell by gunshots

Recall that an unspecified number of passengers travelling in a commercial vehicle were abducted near Osun Bridge in Imesi Ile on Monday.

Also at another location in Esa Odo town on Monday, some passengers were abducted by gunmen.

It was gathered that a combined team, comprising Policemen, members of Hunters Group of Nigeria, men of Kiriji Heritage Defenders and Oodua Peoples Congress, narrowed the search for the victims to a forest in Ere Ijesa and tracked the suspected kidnappers to a point near Osun Bridge.

During the gun battle which last for about an hour , an OPC member, Oladejo was shot dead while one of those rescued were said to have sustained gunshots injury.

Citizens Compass gathered that the deceased’s wife who is heavily pregnant, family, friends and members of the OPC have been thrown into mourning due to the incident.

Addressing journalists in Osun state, the state Coordinator of Oodua People’s Congress, OPC, Prince Deji Aladesawe expressed sadness over the death of the deceased, who he said was an intelligence officer of OPC.

Aladesawe who described the incident as unfortunate said he deployed his men to join other local security officers and Police in the search of the abducted passengers in the forest.

According to him, the late OPC member lost his life in the course of rescuing the abducted victim.

“He was an OPC intelligent officer. He was brave and courageous. The ugly incident had thrown the his wife who is heavily pregnant, family and friends and even OPC members into mourning.”

The Coordinator expressed sadness over the death. 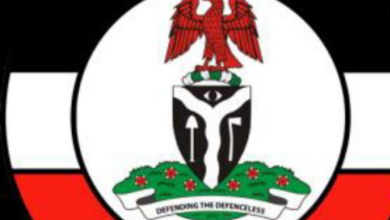