Spokesman of the command, ASP Zubairu Ismail said they were arrested at about 4pm when one Haruna Mohammed, male, 60 of Masama Village came to Gumel Police station and reported that on the same date at about 0330hrs unknown Armed Robbers criminally conspired, broke into his house.

He said, “Upon their arrival, they attacked and shot his son one Ado Dankawu ‘ , 35, with a dane gun and also cut him with a cutlass, as a result, he sustained different degree of injuries and lost the sum of N1,007,000.00k,”

The statement added that Police on receiving the information rushed to the scene and the victim was taken to Gumel General Hospital for medical attention.

He said, “One Musa Ado ‘m’ 30, and Abdullahi Ado :m’, 25, all of Masama Village were identified and arrested in connection with the offence,”

The Spokesperson said effort was on top gear to arrest one Amadu Yau M now at large who was also identified by the said victim. The case is under investigation, any new development will be communicated. 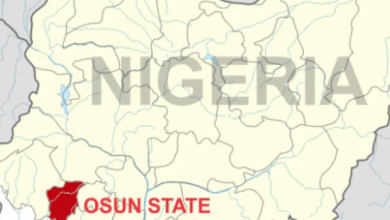 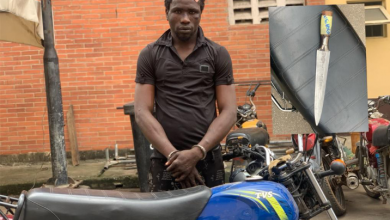