GUNMEN suspected to be bandits, on Sunday, attacked Madamai and Abun communities in Kaura LGA of Kaduna state, killing many residents.

Michael Magaji, a priest in the Catholic Diocese of Kafanchan, confirmed the incident on Monday.

He said the affected communities are about five kilometres away from Kafanchan.

The priest said the bandits shot sporadically in the air during the attack, adding that many of the victims were women and children.

I am in the hospital as I speak with you. We have brought 32 corpses for embalming.

“We have eight people injured and they are receiving treatment. About 20 houses were burnt, 13 persons from the same family were killed.

We intend to have a mass burial to call the attention of the world to what is happening to our people.

“The troops mobilized to the location and also came under fire, before forcing the assailants to withdraw after an intense exchange,” he said in a statement.

“As of the time of this update, 34 residents have been confirmed dead following the attack. Seven others sustained injuries, and were rushed to a hospital in Plateau State.

“Governor El-Rufai has stated that the Kaduna State Government will bear the full cost of injured victims’ treatment.

“Furthermore, Governor El-Rufai was briefed by security agencies on the roles played by his HRH Chief of Kagoro, Chief Ufuwai Bonet and the member representing Kaura Federal Constituency, Rt. Hon. Gideon Gwani in dousing the tension and preventing a breakdown of law and order following the unfortunate incident. The Governor commended their efforts and sterling leadership.

“The Governor ordered an urgent assessment of the area by the Kaduna State Emergency Management Agency, towards the provision of succor to the affected households.”

The commissioner added that the governor described the attack as an “unspeakable display of wickedness”. 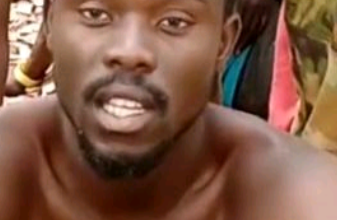